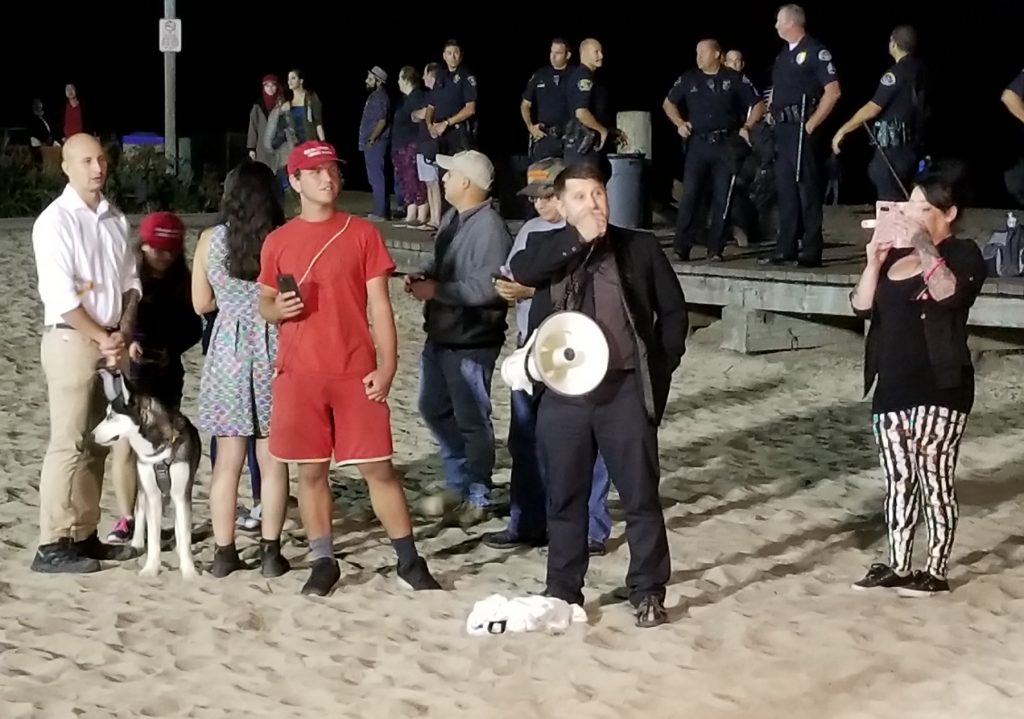 Onward America, Truth and Justice for Men of Benghazi, led by Johnny Benitez of Lake Forest, held a political rally on Laguna’s Main Beach Sunday evening, but the light turnout was a far cry from the more than 2,500 people that showed up at the America First! rally in Laguna Beach on Aug. 20.

According to Sgt. Jim Cota of the Laguna Beach Police Department, 49 to 70 people had signaled on social media their intent to attend the rally, while another 230 had expressed interest.

“We’re gearing up for a number that’s close to 100,” said Sgt. Cota before the rally began. “We have 150 police officers on standby which includes a small mounted unit. We’ll see what happens. When it comes to the safety of our citizens, we can’t spare any resource. If you want to have a rally here, that’s fine, but it’s going to be controlled.”

Control was not an issue Sunday; attendance at the rally was much less than projected. 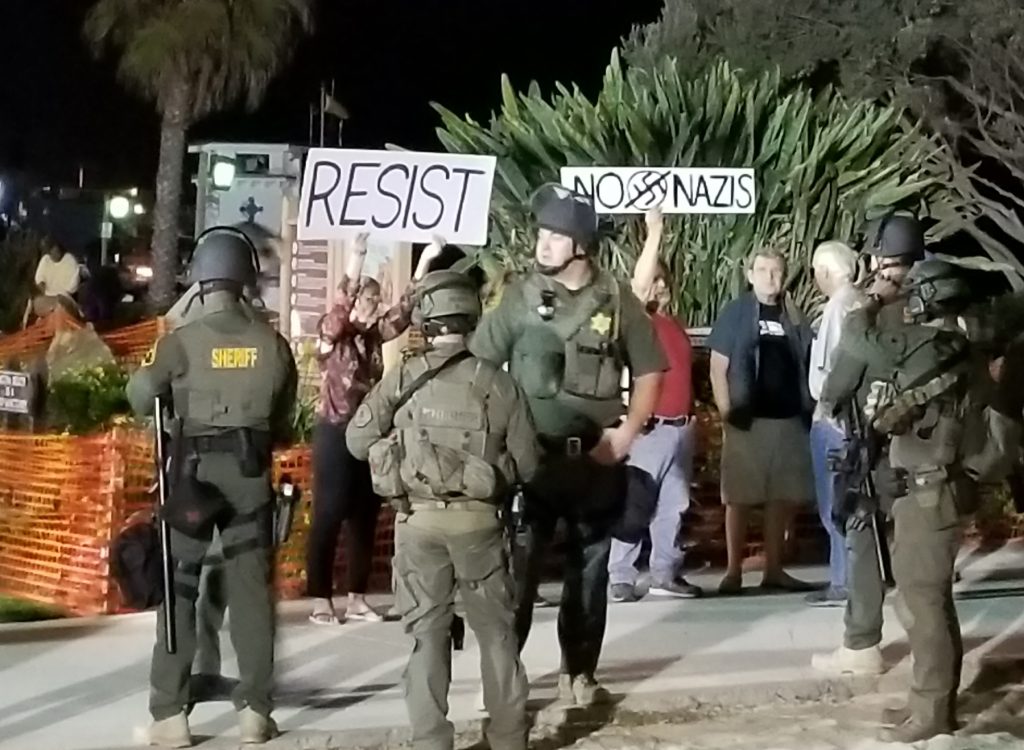 A handful of Onward America supporters began talking through a megaphone a little after 7 p.m. Counter-protestors – some carrying signs that read “Impeach,” “No Nazis” and “Resist” – stood nearby.

At one point, vocal members from both sides confronted one another and had to be separated by police officers, who far outnumbered the protestors and onlookers.

The rally continued with no further incidents. Organizers ended the rally around 8 p.m. 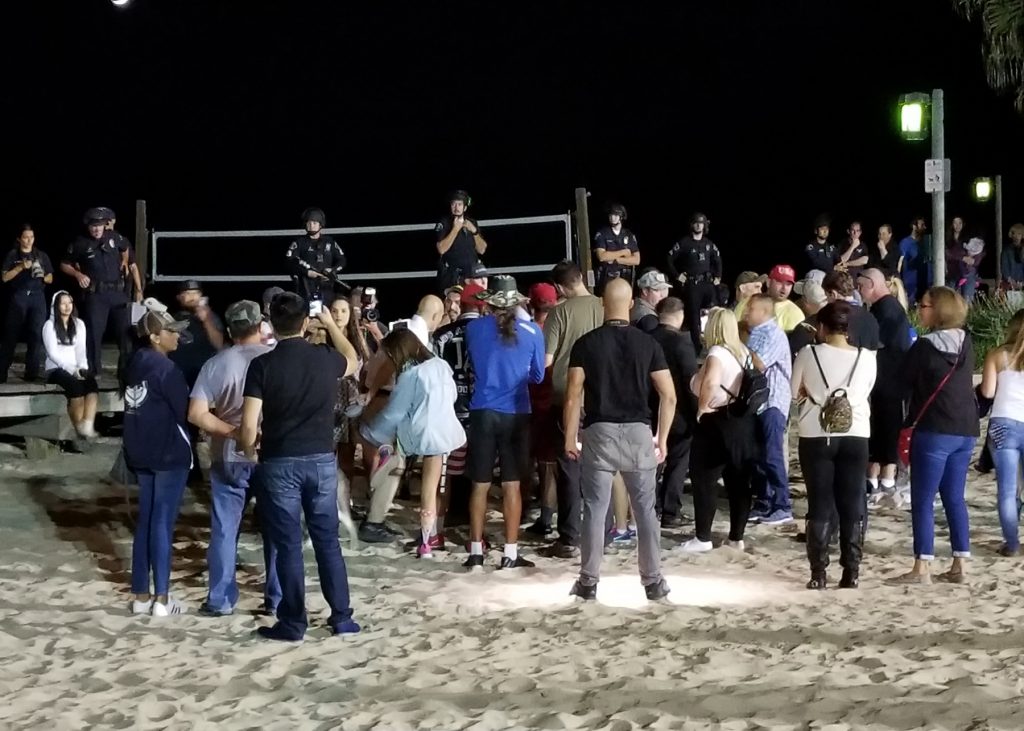