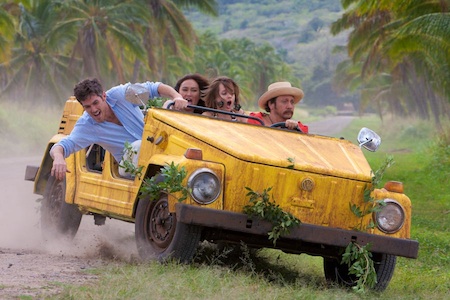 Laguna Beach Film Society premieres the action-packed, zany romantic comedy, “You May Not Kiss the Bride,” written and directed by Laguna resident Rob Hedden, on Thursday, Oct. 18, at 7 p.m. at South Coast Cinema.

Starring David Annable, Katharine McPhee, Rob Schneider and Kathy Bates, the film follows the misadventures of a pet photographer forced to marry a Croatian mobster’s daughter, who is kidnapped during their honeymoon on a remote tropical island.

Tickets are $10 at the door ($5 for students) and include post-film Q & A with the director; $30 for the 6 p.m. prescreening wine-appetizer reception with the director at Laguna Art Museum.

Proceeds benefit Augie’s Quest, which funds research to find a cure for Lou Gehrig’s (ALS) disease. Production of Hedden’s next film about Augie Nieto is planned for spring, he says. Nieto and his wife Lynne plan to attend the screening.