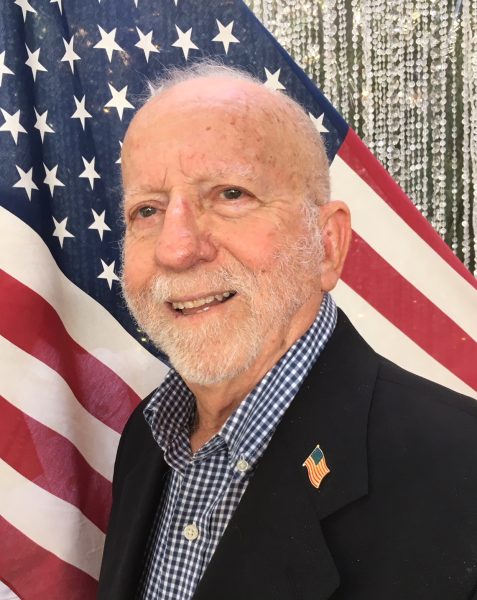 He was just 18 years old when he witnessed thousands of young soldiers make the ultimate sacrifice in the name of liberty.

Today, the 92-year-old World War II Army veteran recalls with great detail the solemn work he was tasked with during his service—handling the aftermath of that sacrifice. 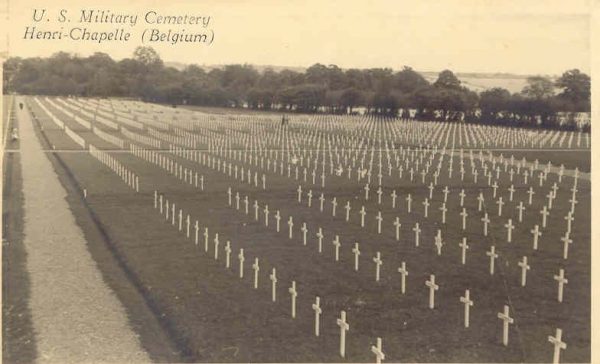 As a member of the 607th Quartermaster Graves Registration Company, Ciampa was responsible for gathering the bodies of more than 75,000 American and enemy soldiers, identifying them and preparing them for burial over the course of 11 months.

With five campaigns in France, Belgium and Germany, Ciampa and his comrades worked tirelessly amid enemy resistance, including on D-Day at Utah Beach in Normandy and during the Battle of the Bulge. For his unwavering service, Ciampa would eventually be awarded five battle stars; the Meritorious Unit Commendation wreath; the Croix de Guerre for bravery in carrying out his duties in the face of enemy fire in Normandy; and the Légion d’Honneur, the highest French decoration.

More recently, Ciampa was recognized as the 2017 Los Angeles County Veteran of the Year, and on March 3, residents and visitors to Laguna Beach will be able to cheer Ciampa on as this year’s honored patriot in the annual Patriots Day Parade.

Ciampa, who resides in Palm Springs, was nominated for the honor by the Laguna Beach American Legion Post 222, of which he’s been a member for 10 years.

While he’s thankful for the recognition, it’s the young soldiers who perished in World War II who are the true heroes in Ciampa’s eyes, and as a documentarian and public speaker, he has dedicated his days to ensuring that the sacrifices of those men are not forgotten.

“The biggest heroes are the ones who gave their lives at a very young age—18, 19, 20,” Ciampa said to a group of students while filming his first documentary. “When you go to the cemetery and you look at those crosses and the Stars of David, you must put a face on every one.”

Marine veteran Charlie Quilter, a longtime Laguna Beach resident and vice president of the Laguna Beach Patriots Day Parade Association, commended Ciampa for his commitment to educating the public about the irreplaceable lives lost during the war.

Quilter, who served in Vietnam, Desert Storm, Bosnia and Iraq, has seen the loss firsthand.

“War is very violent and costly. The cost in human lives is incalculable,” Quilter said. “I stand in awe of what this man was tasked to do.”

Ciampa’s first experience with death came when he was just 5 years old.

He remembers like it was yesterday—attending the funeral for his 8-year-old cousin and standing at the grave site with his mother. It stuck with him, the emotion of it. And when his grandfather later passed away, Ciampa remembers standing bewildered near the open casket as his family members stood in the kitchen, crying, laughing, eating, drinking. It terrified him.

It was that same dread and fear of death that Ciampo was forced to overcome when he found himself assigned to work with a Graves Registration Company in the Army.

After graduating from Inglewood High School, Ciampo had intended on becoming a pilot, but a minor vision flaw kept him from pursuing that dream. The 18-year-old was drafted into the Army and deployed to England in March of 1944, landing in Normandy on D-Day, June 6, 1944.

For the next 11 months, Ciampa collected the remains of tens of thousands of soldiers killed in battle and helped prepare the bodies for burial at 17 temporary cemetery sites. Over and over, Ciampa came face to face with the lifeless bodies of men the same age as he.

“You tried not to look at their faces, but you really couldn’t avoid it,” Ciampa recalled. “When you’re seeing dead bodies in all shapes and forms every day for 11 months, you’ll never forget the high price of freedom.”

Ciampa’s job involved picking up the remains, stacking bodies onto trucks or trailers, and transporting them to a designated plot. When he was stationed at cemeteries, he was tasked with lining up the bodies on stretchers, placing their belongings in personal effects bags, and hanging one of two dog tags on a temporary grave marker. From there, the bodies were wrapped in mattress covers and placed in graves dug by black servicemen and German prisoners.

“I broke down one day, and my lieutenant pulled out his .45 and pointed it at me. He said, ‘Get your ass back out there and suck it up.’ A lot of us were told to just suck it up,” Ciampa said. “We didn’t get attention. You just had to do your job, just like anybody else was doing.”

After his service concluded, Ciampa went on to college and eventually made his way to the Los Angeles Times, working there for 26 years, including 18 years as the special features manager.

It was in 2006 that Ciampa found his calling as a documentarian. He created the nonprofit Let Freedom Ring, based in Torrance, and directed and produced five films aimed at informing students and the general public about the history of World War II. Through his nonprofit, Ciampa raised funds to travel with teachers and combat veterans to France and Belgium so they could speak with Europeans about what it was like to live through World War II, and to visit some of the soldiers’ graves in person.

Today, Ciampa spends his time speaking at schools and to local groups about the importance of remembering the thousands of lives lost in the name of freedom. He hopes to inspire younger generations and keep this history alive.

“It’s been very fulfilling to talk to these kids,” Ciampa said. “They seem to appreciate it.”