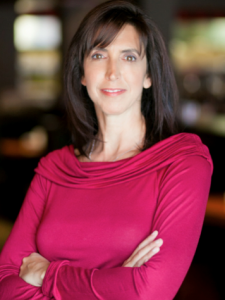 My three worst mom moments according to my daughter and recalled at the slightest provocation:

1.  When she was 3:  I put on the scariest latex Halloween mask in the costume store (you know, the one with the mutilated eyeballs, gashed face, mangled mouth), turned around, and said, “Boo.”  Not my proudest moment as I ripped it off and tried to console my screaming toddler, begging her to believe I wasn’t a deformed monster while other parents leered at me like I was Mrs. Bates from “Psycho.”

2.  When she was 7:  A popsicle was melting all over my hand as we were driving down Laguna Canyon Road and I tossed it out the window.  In my defense, the stick was wood.

This was the worst and the one I most wish I could take back. The decision, at the time, seemed rational. My son, two years older, was starting middle school, and, he too, still believed in a jolly elf jetting around the world via reindeer, dropping down chimneys, and delivering gifts.

It was entirely my fault.  Since my children were born, I’ve gone to great lengths to perpetrate the myth.  Yes, I was one of those parents who nibbled the cookies beside the fireplace, drank half the milk, and made boot prints with ashes from the hearth to the tree.

Why?  Because I love Santa Claus and I wanted my kids to believe in all the wonderful magic, mysticism, and goodness he represents.

Very observant, neither of my children bought into the mall version, each noting from toddlerhood that these were imposters.  But it was hard to dispute the evidence of an actual Santa when a water slide magically appeared poolside that hadn’t been there the night before (good job dad!).  Or when my daughter unwrapped a “Lucky Day Token” and all sorts of random good fortune befell her that day, from finding a $20 bill on the sidewalk, to winning the short stick draw for which movie we were going to watch, to an aunt just happening to bring her favorite cupcakes for dessert.

I did this. And I loved it. It took forethought and creativity and dedication.

But my son was going off to middle school and he still believed in Santa Claus!  There was no way I could send him into the brutal world of teenage-dom so naive.

So I sat him down, and we had “the talk” (not the B&B talk, that came a couple years later, this was The Truth About Santa Claus talk). He took it well, frowned and nodded, swallowed a couple times in disbelief, grinned in appreciation at how I pulled it off, and told me it was okay when my eyes welled up.

Then, not wanting my son to have to lie to my daughter, I decided to tell her as well.

Ears were covered, tears were shed, doors were slammed.

The thing was, my daughter loved Santa Claus as much as I did. She loved him not just for the gifts, but for who he was, the magic, the mysticism, what he represented.  Telling her he didn’t exist was like telling her I didn’t exist.  Which, in a way, I was doing, since for nine years, I’d been the one making the magic come true.  I wished… still wish, I could take it back.

An hour later, she was still upset, and that’s when I told her the real truth.

Because the real truth is, Santa does exist, he just doesn’t bring gifts down the chimney or fly rooftop to rooftop on reindeer.  For an hour I held her and told her how much I believed.  I explained that while some people look to Spiderman or Superman to right the world of evil, I believe in Santa.

He doesn’t have death-defying powers or web-shooting wrists.  His power is more awesome than that; every year his spirit affecting millions into a collective goodwill more powerful than anything any superhero could accomplish.  Each December, around the globe, he manifests himself in countless good deeds, generous acts, and selfless sacrifices carried out in his name.

Though not a mystical elf with a bewitched nose that allows him to rise up chimneys or circumvent the globe in a single night, Santa’s as real as kindness.  His existence witnessed during that brief time each year when the world pauses to think of others – of those less fortunate, of those we love.  Not religious or political or elitist or exclusive, Santa is universal, a symbol of a common consciousness.  And beneath the tinsel, blinking lights, and plastic candy canes, there’s a history with meaning, a legacy of generosity and compassion handed down from generation to generation and carried in all our hearts.

Santa Claus is not a bearded man in a rented suit holding court on his throne in malls to drum up business.  He exists in the effort parents make to convince their children he’s real, in the optimism imbued in their young hearts that, if they sit on his lap, confide their wishes, and believe, their dreams can come true.  He exists in the stories we tell and the crumbs and footprints we leave beside the fireplace as evidence he was there.

He exists, because, without him, the world wouldn’t be as wonderful or as magical or as full of love and charity.  The real essence of Santa Claus is not flying reindeer or a fat man sliding down chimneys, but our collective belief that such things could exist, that the world’s a better place with innocent faith, and that it’s our responsibility to keep his indelible spirit eternal.

I kissed my daughter on the forehead, told her I was sorry, and told her to never stop believing.  And she hasn’t and I haven’t and I hope you won’t.

Suzanne Redfearn is an author and architect. Her first novel, “Hush Little Baby” (Grand Central Publishing), will be available October 2013. She lives in Laguna Beach with her husband and two kids.  For more information visit www.SuzanneRedfearn.com.