Monday was filled with a little more stoke than usual this week, as Gov. Jerry Brown signed Assembly Bill 1782 into law, making surfing the official sport of California.

The bill recognizes surfing as an iconic California sport that traces its roots to the Polynesian people. Surfing was imported from indigenous Hawaii, and since its arrival in California, it’s been embraced by surfers up and down the state’s 1,100-mile coastline.

“California is home to a number of world-famous surf breaks like Malibu, Trestles, Mavericks, Rincon, Steamer Lane, and Huntington, which are destinations for both domestic and international surfers,” the law states. “It is important to remember that California’s coastline is not only home to these surf breaks, but is also the ancestral homeland to indigenous peoples like the Chumash in Malibu, known as “Humaliwu” in the Chumash language, and Rincon, the Acjachemen in Trestles, known as “Panhe” in the Acjachemen language, the Amah Mutsun in Steamer Lane, the Ohlone in Mavericks, and the Acjachemen and Tongva shared territory in Huntington Beach, known as “Lukupangma” in the Tongva and Acjachemen language. These indigenous people continue to live in these ancestral homelands today and have embraced the sport of surfing in these areas.”

The bill-turned-law also points out that the Acjachemen people were “instrumental in saving Trestles from potential destruction by a proposed toll road in 2008.” 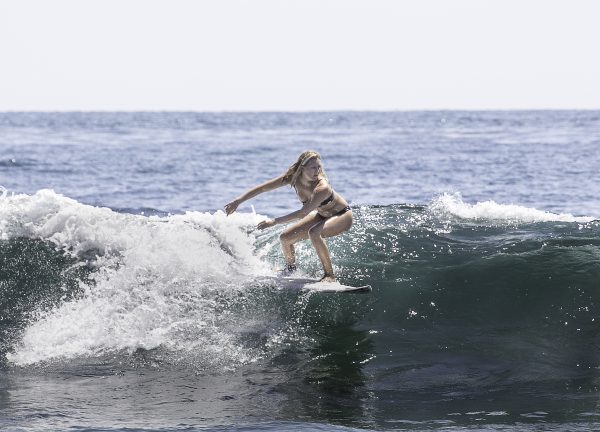 Surfing brings in $1.15 trillion annually to the state. California has a thriving surfboard building industry, is home to the world’s first neoprene wetsuit (invented in the San Francisco Bay area) and pioneered the science of surf forecasting at the University of California’s Scripps Institution of Oceanography.

“California’s surfing culture is taking a national and global leadership role in promoting sustainability as a core value, while also placing a high value on environmental protection and stewardship, in order to preserve the ocean, waves, coastline, and wildlife that make the state such a unique place to surf, live, and visit,” the law reads.

“I am stoked that surfing is now California’s official sport,” Muratsuchi said at a ceremony in Hermosa Beach on Monday. “Nothing represents the California dream better than surfing.”