A generation of people grew up loving Lorax, a Dr. Seuss character. The Lorax “spoke for the trees” and warned of the dangers of disrespecting the environment. The illustrated book and animated movie made those who cut trees into villains. As it was intended, Lorax educated readers and viewers about natural beauty and our responsibility to protect it. In the ‘80s, videos of clear-cutting forests were often in the news. I recall a digital ticker that added up the number of rainforest acres being lost every second at a trendy chain restaurant.

It worked. And it should have. Trees are important for many reasons. Somehow, though, over time folks have come to equate tree trimming or tree maintenance with clear cutting and other activities that made the Lorax sad. A shift over the last decades has confused us about the intent of the original message. People are following the drumbeat of a potato-shaped character that isn’t even real.

When people see arborists in trees with ropes and chainsaws, they may not realize that there is “science” to their work. I am not an arborist, but I have learned that a tree only survives by increasing or maintaining a positive energy flow. Removing declining or dead limbs does little to disrupt the overall health of a tree, but can help a tree respond better to damage. Unlike humans, trees cannot create scabs or “heal” wounds. New tissue will eventually be created from where the live tissue remains, between the wood and the bark. But, unlike a scab, it will not heal the damage or infection. It will just grow over the damaged tissue, creating a weak point within the tree structure. Successful healthy trees are often helped by human intervention. When large trees exist in areas of dense human habitation, trees should be thoughtfully maintained. Trees are preserved and thrive with pruning, fertilization etc.

On a friend’s deck we often look out at the view of the coastline interrupted by a very large tree many blocks away. Sometimes your large tree affects people who you have never met. I might feel better about it if it was an indigenous tree, but this is a pine tree. Probably something someone innocently planted and thought was charming at the time. Maybe it was planted in Laguna to remind the “planter” of Big Bear Lake. It has since grown to the size of a skyscraper.

I believe the vast majority of Laguna homeowners take care of their landscape and trees. The tree ordinance is popular and was adopted and strengthened by a majority city council. It is the small percentage of home owners who are either loudly opposed or are silently ignorant thieves. Thieves is a fair definition. They steal views of the hills, the ocean and the sky slowly and silently from others around them. Then pompously claim they have the right.

I am not against trees. I acknowledge whole heartedly in a USDA statistic, which says that adding landscaping and trees can and add up to 20% to property values. Not to mention adding beauty and a natural aesthetic. I am for the trees, but against lazy tree owners.

I think the city council should continue to further strengthen the tree ordinance and put more of the financial burden on the offender rather than the violated. If you agree, let the city know that we need to evolve the ordinance and refine it. Thank you to those who wrote to me about this topic. As a devotee of “cared for” trees, the Lorax would also embrace residents who maintained their trees.

“A tree falls the way it leans. Be careful which way you lean,” says the Lorax.

Roderick Reed owns REEDesign Interiors in Laguna Beach. He lives in town with his wife Kathy and two sons Mason and Jack. http://roderickreed.com/. 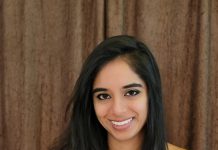 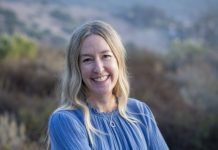