The Executive Producing Director at Laguna Playhouse resigned Wednesday after a six-year run with the community cornerstone that celebrated its 100th season last year.

Ellen Richard came to the Playhouse in April 2016 after working as Executive Director of the American Conservatory Theater in San Francisco. She has served as Executive Producing Director since February 2020.

“Ellen led the Playhouse through the most difficult challenge the Playhouse has faced in its 100-year history, being closed for almost two years as a result of the COVID-19 pandemic,” the Laguna Playhouse Board of Directors said in a statement. “We thank her for her service, and wish her all the best in her future endeavors.”

A new interim artistic director for the playhouse will be announced in the coming weeks, according to a press release.

The Carnival Came to Town!

All five of the Boys & Girls Club of Laguna Beach sites recently came together for the Club’s first carnival since the pandemic’s start.

“We want this event to be a celebration of fun and everything that is good about childhood. The Boys & Girls Club of Laguna Beach are in the business of making childhood memories,” the Club’s management said in a statement,

There were inflatable slides and obstacle courses for Club members to climb and race sponsored by Chris Tebbutt of Compass and Louis Weill of Berkshire Hathaway. Carnival games such as flamingo ring toss, Plinko, Zap a Mole were sponsored by Danielle Purcell from Team Laguna.

Laguna Beach police attended to man wheel of fortune games and much coveted swag of the Club members.

The Laguna Beach Cultural Arts Center will revisit Laguna’s role in the counterculture movement with a series of events highlighting the town’s hippie history from Sept. 8 to 17.

Stories from the three-day Happening in Laguna Canyon in December 1970 live on in popular culture, said Rick Conkey, founder and director of the Laguna Beach Cultural Arts Center.

“It was a watershed moment that enshrined Laguna Beach in hippie history,” Conkey said. “Despite its darker side, I prefer to celebrate the movement’s positive ideals—anti-war, women’s rights, vegetarianism, environmentalism and more. It’s a culture we can learn from, and it is our honor to help tell this story.”

On Sept. 8 at 6:30 p.m. the film “Orange Sunshine” will screen at the center. After the film, there will be a discussion with director William Kirkley and members of the Brotherhood of Eternal Love, the so-called psychedelic pioneers of Southern California.

The feature-length 2016 documentary-style film chronicles the Brotherhood, a group of California hippies and surfers that rose to star status within the psychedelic movement. During the 1960s and 1970s, the Brotherhood became the largest supplier of the powerful synthetic hallucinogen lysergic acid diethylamide, commonly abbreviated LSD.

On Sept. 10 at 5 p.m. guests are invited to dress in their hippie best and gather for conversation. At 8 p.m., singer-songwriter Ryan Heflin will perform a 90-minute concert. An art and photography exhibition will be on display, featuring photos by Douglas Miller, Jesse Miller, and other artists. The art show can be seen through and including the Nov. 3 Art Walk.

The Gathering series continues with a reading by Bare Bones Theatre of playwright Leo Butler’s darkly humorous “All You Need Is LSD” on Sept. 13. The play illuminates the debate over psychedelic drugs that won’t go away.

Laguna Ocean Foundation announced the first $7,000 will be matched dollar-for-dollar by an unnamed donor.

The 67th annual Laguna Open beach volleyball tournament will be held Sept. 9 to 11 at Main Beach Laguna in partnership with the California Beach Volleyball Association and the Association of Volleyball Professionals.

The Men’s and Women’s Laguna Open divisions will take the top 12 teams plus another four teams that qualify on Sept. 9. The main draw will then consist of 16 men’s and women’s teams competing over the weekend. The top two finishing teams per gender will receive Wild Card bids in the AVP Huntington Beach Tour Series event in November.

The local “Battle of the Beaches” will return for the third year. This fan-favorite is a competition pitting the four historic Laguna volleyball beaches against each other in a four-person battle. Victoria Beach will defend their title against Three Arch Bay, Emerald Bay and Main Beach for bragging rights.

The Men’s and Women’s Laguna Open tournaments will award $24,000 in prize money, up 30% from last year. The tournaments are 100% volunteer supported with entry fees going directly back into the prize purse. 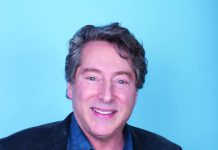 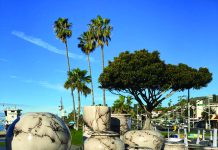 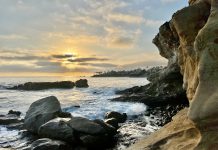