T’was the night before Tech-mas, when all through the house

Not a creature was stirring; we have a cat and no mouse;

The stockings were hung by the chimney with care,

In hope that St. Nicholas soon would be there;

The children had smuggled electronic games in their beds,

With visions of war games dancing in their heads.

I in my nightgown and pa in his best,

Had just lain down for a little rest

When out on the deck I saw such a flash,

As the ocean’s waves gave crash.

When what to my wondering eyes should appear?

But eight tiny drones each named for a deer.

A little old driver worked in his sleigh, 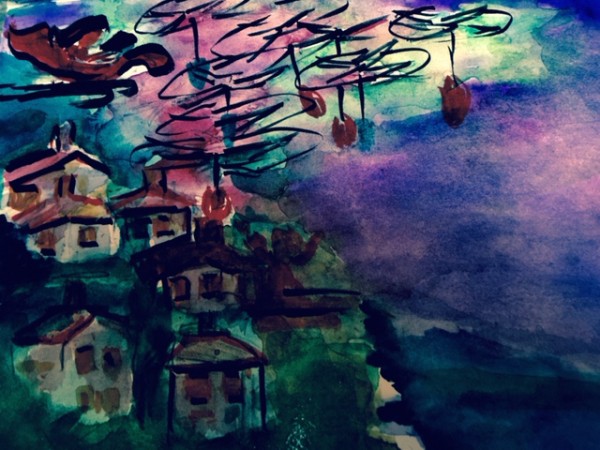 An iPad drone program he had in play.

No longer the North Pole;

He has much more time,

His surfing skills are sublime.

Saint Nicholas’ nose was sunburned to a berry,

His cheeks aglow like a glass of good sherry.

Nick’s droll little mouth turned up like a bow,

But the pipe he was smoking, it had to go.

His belly was no longer round;

He eats tofu not jelly,

I was dressed in shiny red from my head to my toes,

It felt right to wake on Christmas with a bright glitter glow.

With a wink of my eye and a twist of my head,

I gave my husband a whistle; he was still in our bed.

He sprang up, his voice full of FRIGHT,

Was there some kind of fight?

A red bag drifted down the chimney with care,

The silent drones moving gifts through the air.

When our stockings were filled,

We were feeling so sly,

Every toy for the kids had dropped from the sky.

Then we sprang to our deck as 32 rotors

Spun around with their own silent motors,

They moved into the night

We called them by name as they turned toward the sea,

On Comet! on, Cupid! on, Donner and Blitzen!

Fly away, Fly away all,

My husband so relieved,

That none of them stalled.

We recorded our claim as they flew out of sight,

“Merry Christmas to all, Oh what a night-

Susan Jacob is a psychotherapist who has lived in Laguna Beach for 20 years.