Sad and Mad desperately needed to get out of town. They poured through brochures highlighting exotic locations until they mutually agreed to visit the land that promised to take them beyond the irritations, resentments and upsets that were a constant part of their daily lives.

The Land of Lightheartedness seemed to be calling to them.

They savored the idea of taking a break from the people and events that currently defined their experience as “same old Sad and Mad.” They started packing for the trip, making sure to leave their current upsets home, determined to detach from all of the issues that normally simmered on the back burner of their minds.

They wanted to escape from being locked in rigid, hard-hearted, and defensive thoughts and feelings, as a habitual way of trying to stay in control and safe from further emotional and mental injuries.

This was to be an adventure of a lifetime. Since both were experts in their specialty of evoking and elevating the emotions of sad and mad, they made the commitment to leave all of their normal business clothes of punishing fantasies and uncontrolled outbursts of anger and tears at home. They gathered up the healing and powerful medicines of patience and kindness, and also made sure to pack a bit of grace and a generous supply of compassion for themselves and others.

They decided to channel their emotions away from habitual, punitive utterings and mutterings and from acting resentful, hostile or self-critical and pitiful. This would give them the opportunity to let go and allow old negative behavioral habits to move off-stage.

They began to randomly smile, as they dropped one obsession after another, out-distancing and losing sight of the hurts and worries that normally cluttered their energy fields. They began to relish the new landscapes, replacing old, worn-out beliefs about how life is with new experiences to think about.

To their surprise, they realized that it wasn’t necessary to erase the memories, because this new land of lightheartedness was effortlessly allowing the old, upsetting emotions surrounding past memories, to finally rest, settle down, and relax.

Mad began to savor the newly discovered skill of refusing to summon up the fiery material and began to relish the relaxation that came as a result of not working herself up through a frenzy of repetitive thoughts, pictures, or emotions. Sad was filled with a newfound happiness as he distanced from his regimen of swimming copious laps in the cesspool of morbid and muddled hurts, slights and mishaps that kept his misery muscles tight and taut.

They basked in the sunshine of budding forgiveness. They opened, allowed and accepted the healing fruits of their conscious decision to cease to harbor resentments, which included giving up the fantasy of retaliation. They finally understood that forgiveness doesn’t mean surrender.

They became the deciders, instead of the victims. They discovered that they had the power to choose when to forgive and how to do it. Their new creative life was being birthed.

They immersed themselves in the culture of Lightheartedness. They chose to invest in a few blanket pardons. They indulged themselves in new delights and pleasures. This resulted in their being able to easily elevate and expand their thinking to begin to entertain the idea that whatever has been done is done, and the payback is now enough. Sad realized that being glad and grateful for his new experiences, left him little inclination to wallow in the past.

Sad and Mad have returned from their trip with new vitality, enthusiasm, and a zest for living. The biggest gift of this timely vacation is their realization that forgiving does not mean giving up protection, it means giving up being cold, removed and disconnected in favor of befriending lightheartedness and relaxation as gracious and energizing additions to their lives.

Susan is a local author of the emotional resource book, “Beyond Intellect: Journey Into the Wisdom of Your Intuitive Mind.” Learn more at susanvelasquez.com. 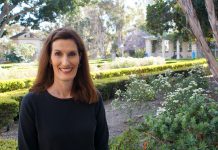