Hailey volunteered to direct a student group in creating a video that depicts the difficulty in recognizing people with mental health issues in teacher Mindy Hawkins’ class. The video’s intent is to encourage students to treat peers with kindness, support and respect.

Hailey was inspired to get involved because she has experienced the video’s subject matter firsthand as well as develop her videography skills.

“I have ADHD and some people can’t tell that I have it, but I hear them making comments about others with disabilities or mental challenges. I just want to help them understand what it’s really like,” Hailey said in a district statement, referring to attention-deficit hyperactivity disorder.

Hailey shot, edited, wrote and directed the video herself with the hope that her video will create awareness and encourage students to respect others.

“Last year I helped a girl in my class make a video for one of her projects because no one else was able to help her. It was a lot of trial and error at first, but I was able to manage,” said Hailey. “When Mrs. Hawkins asked if someone could make a video for smoking awareness, I volunteered. When this project came up, it was a no brainer.”

Hailey’s parents, Laurel and Trip Meister, naturally take pride in their daughter’s accomplishment. “We couldn’t be more proud!” her mom said. “Hailey prefers to be behind the camera; she isn’t even featured in her own video…aside from her eloquent voice over.”

The school’s leadership class all participated in the project, resulting in five short films entered in the Directing Change Program & Film Contest.

The contest is an initiative of the California Mental Health Services Authority, an alliance of county governments working to improve mental health outcomes.

The program received 451 submissions from 1,133 youth and young adults from 91 high schools and 35 colleges and youth organizations, representing 31 California counties.

All submissions were judged by volunteer experts in mental health and suicide prevention, members of the media and professionals in filmmaking and video production. The films were judged based on how the entries creatively explored the topics while also adhering to guidelines about how to safely and appropriately communicate about suicide prevention and mental illness, says the statement.

The high school leadership class continues its advocacy for kindness in May with a screening of the film “Bullied,” delivering kindness cards, a “pledge to be kind” chain and merchandise with a mirroring message. 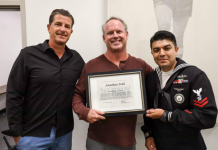 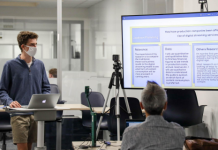 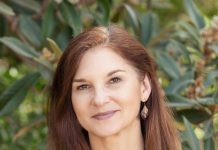