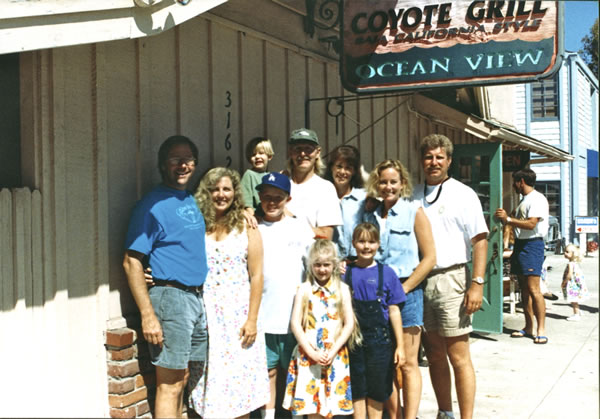 Off the coast of Laguna Beach, I jumped off our boat, floated for a minute as my dive buddy, Brian and I gave each other the “ok” sign, deflated our BCs and sank into the dark liquid night of lobster season. I heard only the gurgling of water and my breath as I focused on the two things I could see, my light and Brian’s light. We were to meet at the bottom and then, together, explore the wonders of the sea. I enjoyed the trip down, both terribly alone and amazingly connected with every corner of earth and sky, every molecule of water I touched, the idea that Brian and I could insert ourselves into the deep, black ocean and be so happy and content among all the creatures throughout time that made this vastness their home.

I wrote an essay about that night dive some twenty years ago to enter a contest to win two free lobster dinners at Coyote Grill, a new restaurant in town. I won. A pitcher of Margaritas, two Puerto Nuevo lobsters and so started Brian’s and my love affair with Coyote Grill.

There are places on this earth – particularly in Laguna – that each of us find as our go-to spot –where we can celebrate life, relax, embrace the familiar and enjoy good food and friends. Coyote is ours.

As Brian and I started dating in late 1980s, he had to pass muster with my two older “brothers,” my best friend, Dave and my brother-in-law, Mark. We all grew up in San Pedro together; Brian grew up in Arizona. Avid surfers, Mark and Dave began including Brian in their weekly Sunday morning trek to Trestles and the three bonded as they bobbed on the water, catching a wave or two and then, meeting us Pedro gals – my sister, Kris, Dave’s wife Lisa, and me – along with their kids at Coyote for chorizo and eggs, banana pancakes, and Bloody Marys. This Sunday ritual, along with the fact that Brian is genuinely a great human being, solidified our group.

A black lab puppy entered Brian’s and my life in 1992. Brian had volunteered to be a puppy raiser for Guide Dogs of America. We named her Eiffel and it was Brian’s job to make sure she was confident in any situation, and that included restaurants. We called ahead to ask if we could bring a guide puppy and often times, restaurants would discourage us from coming, but not Coyote. Eiffel did really well, sitting under the table as we ate our dinner. It made the Pollo Boracho all the better and we were grateful for Coyote’s support. After a year of puppy training, Eiffel was called up to guide dog boot camp, but by then, Brian and I had parted ways. Several weeks into training, they flunked her. Dry skin, they said. She couldn’t tolerate the harness. I missed her; Brian missed her. As Eiffel’s puppy raiser, Brian had first right of refusal and brought her home. Eiffel used her training after all and soon guided the three of us back together.

Brian and I married in October of 1993. We had our rehearsal dinner at Coyote Grill. Back then, the patio area was open air and we took it over. The California and Arizona families were together. My in-laws, Chuck and Joan, and my parents, Paul and Betty, found uncanny common ground: all four born between 1930 and 1932; the couples marrying in 1950 and 1951; Paul and Chuck, swapping stories about how, as Navy men, each had to apply for leave and hitchhike hundreds of miles to see their young wives and first born; Chuck from Norfolk to Piston and my dad from San Francisco to San Pedro. Each couple had three children and this weekend they were watching their youngest, Brian and me, get married. The rehearsal dinner included rounds of oyster shooters and it was on this special day that many guests enjoyed their first raw oyster, while others, including our niece and five young nephews, were aghast at the idea. 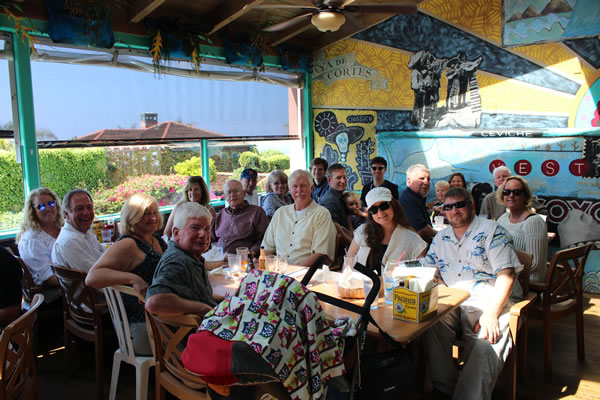 our birthday place, our bon voyage place (our last meal in California before Brian and I literally hit the road to Tucson for a few years) and even our serious place. Eight years ago, Brian and I had to tell family and friends I had breast cancer. Never an easy conversation, we decided that for our lifetime friends, Dave and Lisa, it would be best to tell them at Coyote Grill. Days before my surgery and chemo, over Coronas and coconut shrimp, we shared our news. Coyote, a familiar and friendly place made this difficult discussion easier on all of us and we’ve since been able to toast many, many great milestones at Coyote, including my being cancer free.

Today, our Arizona family – now with our two grand nieces, Amanda and Olive Joan, and our nephew, Chaz – is downstairs watching sports as I write this in my bedroom overlooking the Pacific. Earlier this morning, the California and Arizona families came together again and went out on a catamaran to deliver Joan’s ashes to the sea. When we were done, we went to Coyote Grill and took over the patio. Many of us, reaching a certain age, are watching what we eat and find Coyote quite accommodating. Dave and a few others, ordered off the menu: grilled fresh fish on Coyote’s lightly dressed Caesar salad. Brian and I should have done that too, but we couldn’t resist. We had chorizo, eggs and Bloody Marys. As we made a toast to Joan and to our families, I thought about our morning off the coast and the blue urn carrying Joan’s ashes. It floated in the water just long enough for my father-in-law, Chuck, to quietly speak lovingly to his wife, letting her know they would meet again. Then it sank into the deep, vast ocean. 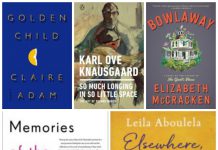 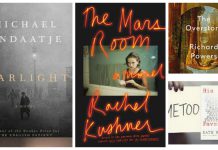 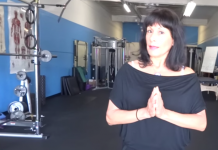