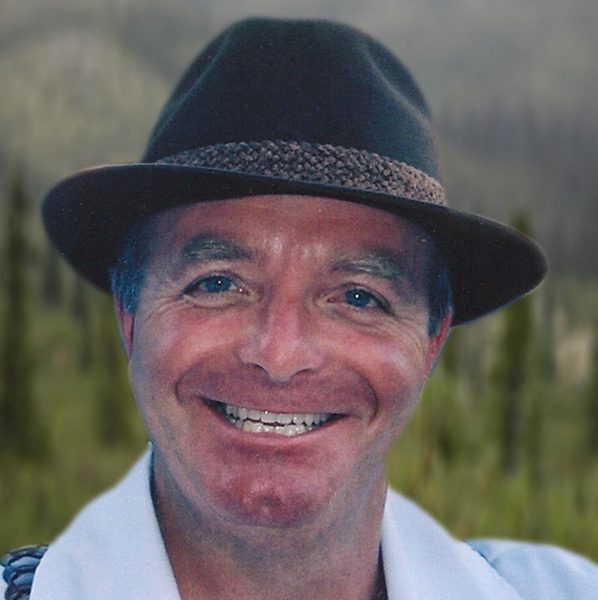 Two weeks before our School Board election, Board member Jim/James Kelly wrote in two local media outlets, attacking Board candidate Sheri Morgan. (Changing his name in the second to reflect that he is indeed a Board Member.) Kelly accuses Morgan of not just being a board critic, but a “hostile” voice and “bully” who adds to a “culture that normalizes violent behavior.  (Complete with video links… all from the same Jim Kelly who could not unmute himself on a recent Zoom meeting… right)

That is hardly the caring, intellectual, tenacious, morally focused, friendly, and sociable Sheri Morgan we know. In fact, if Ms. Morgan is so awful, why has she been picked by the Board and Superintendent, to be on several committees over several years?

Mr. Kelly has also forgotten about some of his own actions that may fit the profile of a “bully.” He might want to watch a few videos of past board meetings to see for himself.

Kelly took an oath two years ago, to uphold all Board Bylaws, including 9010. Bylaw 9010 was adopted when Jan Vickers was making bylaw revisions, and insisted that its restraint on board member freedom of speech, be enforced, even using it in the disputed case against Board Member Dee Perry.

“When speaking to community groups, members of the public, or the media, individual Board members…may be perceived as reflecting the views and positions of the Board…members have a responsibility to identify personal viewpoints as such and not as the viewpoint of the Board.”

In my opinion, Kelly’s violation is pretty clear. It is a fact he made public communications with no personal opinion disclaimer. That sure seems like an abuse of the power and responsibility of a board member, for the purpose of affecting a School Board election!

Given the potential damage to Morgan’s reputation and harm to her candidacy, the Board should reject Kelly’s statements.

But that probably won’t happen since the majority of school board members and the Superintendent just might be encouraging, and enabling all this.

Emails from March 4 to 6, 2019 between Vickers and Board member Carol Normandin obtained under the California Public Records Act, reveal a plot to “attract” school board candidates and to use James Kelly to defend the Board’s record, issue propaganda and attack critics of the board in the local press.

In a March 6 email to Normandin, Vickers wrote, “Jim is in a good position to write the letter being new whereas most of us know we will get a backlash…” On March 5, Normandin wrote, “like the letter Jim wrote to the editor… to attract candidates that will enhance our district… also shared to local papers, community coalitions, PTA meetings.” 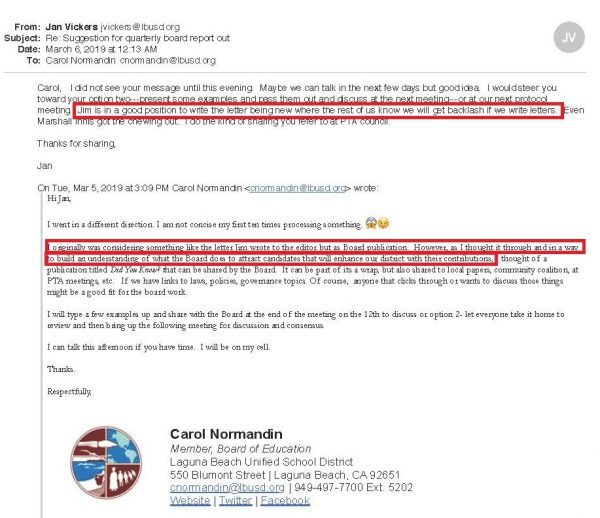 A March 4 email from Vickers to Superintendent Viloria mentions using Kelly for public communications. Telling Viloria it would be formatted “similar to how I report at the PTA Council.” And on March 5, the Superintendent wrote to Vickers, “Carol had some ideas that she shared… I meet with Jim at 3 PM…” There is also an example of “Board loving the Superintendent” component that Vickers runs by Viloria for “approval.” 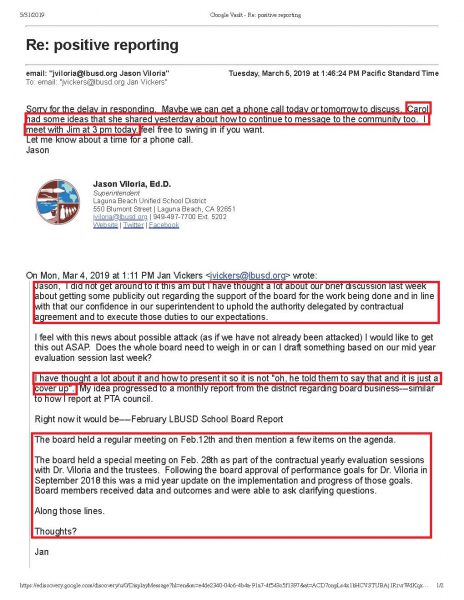 The bottom line is Vickers and candidate Kelly Osborne stand to benefit in the election due to the abuse of office by Board member James Kelly in a letter attacking Sheri Morgan’s character. As apparently planned in 2019, Osborne was recruited from the PTA Council, and is defending the record of Vickers, Normandin and Viloria, and his well over $350,00 compensation package.

Is this what we really want from our school board? This is just another example of why we deserve Sheri Morgan and Amy Kramer on the Board!