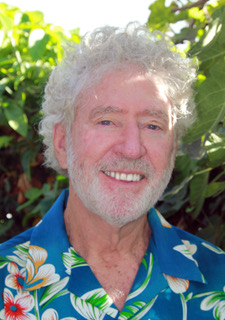 “Find your place on the planet. Dig in, and take responsibility from there.” Gary Snyder

The trope that bad things come in threes, we also know this cultural meme as “The Rule of 3.”

Which of course isn’t logical, random acts of both kindness and abuse don’t follow culture memes, they just seem to, well, you know, just happen.

That said, in Mr. Roger’s neighborhood, in the 16 years at my current location (50 years in total in Laguna Beach) we’ve had an apartment building complex owned by three successive absentee landlords that has nonetheless “followed” that rule.

Neighbors began complaining nearly 10 years ago as owner No. 2, having been informed by No. 1 that it was kosher to rent out units as short-term lodging, did so.
Like me, several others had watched as non-permitted, significant structural remodeling had taken place as well.

This led to a cascade, an avalanche of City Code Enforcement visitations.
Kudos to Civilian Services Administrator Jim Beres, he showed a lot of grit, he didn’t back down, brought in the Building Department for inspections, and this led to years of work to bring the apartment buildings and property infrastructure into compliance.

It continued on into the owner No. 3, we went through protracted, stop-and-go efforts to remedy what it lacked, and only recently were both buildings signed off on by the City, deemed completed. Separation, privacy, is difficult because of only minimal setbacks, but I understood that when I began leasing in 2006. Caveat emptor.

Nearly contemporaneous with the run-up, then actual Covid curtailments, owner No. 3 rented to some pretty sketchy tenants. One tenant had a dog that barked when he and his significant other argued late at night, which I personally phoned in several noise complaints about (per Laguna Beach Municipal Code §6.16.130).

Around the beginning of the COVID-19 lockdown, several units just over our common fence required multiple domestic dispute visitations to different properties by (coincidentally) the same first responder. Officer Jeremiah Kennedy stood out as a patient cop on multiple calls, but all officers represented the department well. Kennedy explained “the drill,” why several parties near me (both women) were handcuffed and/or escorted off their premises to cool things down.

A tenant with two dogs moved in three months ago. One small “yapper,” barks incessantly night and day when its seldom-home owner is away. The other is three-quarters pitbull, always fun to have near you, and it chimes in every now and then. Alto and bass in chorus, at all hours, I can’t count the nights, the innumerable hours of broken sleep myself and my neighbors won’t ever recoup. They’re barking as I write.

Shout out to Animal Services Officer Justin Toguchi, he’s assisted several of us, including one notable phone chat. Extremely personable and articulate, he has walked us through the regulations and procedures for these types of noise abatement complaints. I included the municipal code number because over 36% of Laguna Beach residents are like me, renters, but we have the same rights as property owners.

Last, I find it odd that so many of my fellow residents believe that our Police Department has problems, that turnover is directly, automatically due to poor management and leadership. It should have become clear after my fellow Marine Corps veteran friend, former Chief Jim Spreine (retired in 2005, nearly 25 years in Laguna), that the succession chain had been broken. I count myself lucky to have also become friends with his predecessor, Chief Neil Purcell (retired in 1996, served as Chief for 14 years). We did have continuity, hopefully that community connectivity is resuming with Chief Jeff Calvert.

Let’s face it, many upper echelon officers are just passing through. They were always on the road to higher command positions and if they saw that wasn’t going to happen here, why stay? They weren’t necessarily unhappy, they moved on, their decision, not some suspicious skullduggery or conspiracy, simply career choices.

Calvert grew up around here and was promoted from within. He was hired as Purcell was retiring in 1996 and now lives here with his wife Amy and their daughter. A few unhappy campers, in their intense dislike and mistrust of our current city manager, cast their jaundiced eyes upon Calvert and unfairly judge him.

That Gary Snyder quote? I think that Calvert is a stunning example of those words. He seems to have found his place, Planet Laguna. He’s sunk in his roots and as chief is responsible for a great deal of what keeps us safe. Much mahalos to the LBPD, especially the cops who stay—in my opinion they are tops!

Roger is a 50-year Laguna Beach resident and founder and executive director of Clean Water Now. 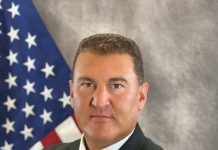