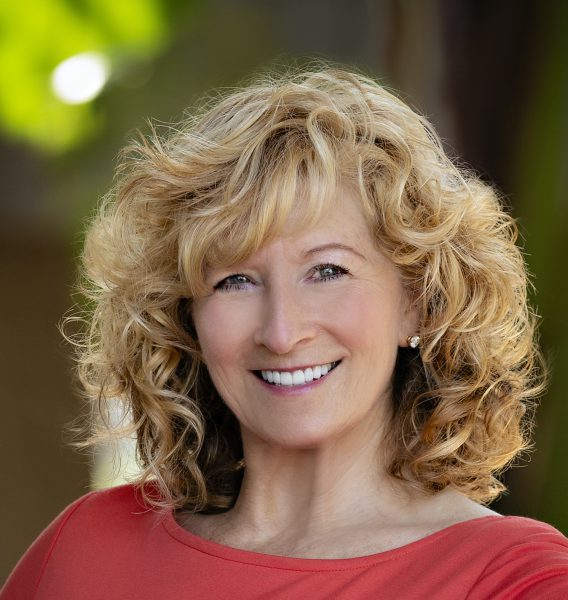 I don’t watch much television, but I looked forward to each week’s episode, wowed by the creativity and expanse of his reach to bring onto zooms a myriad of celebrities giving ordinary people something special. John, alongside Emily Blunt, Steve Carell, Rainn Wilson, and a whole cadre of celebrities, brought cheer and hope—hope that we can find things to laugh at again, and a feeling of “We’re all in this together”.

The surprises included a virtual high school prom with Chance the Rapper, Brad Pitt, Billie Eilish, and the Jonas Brothers; A virtual graduation for teens with Ryan Reynolds, Samuel L. Jackson, Oprah Winfrey, to name a few; A reunion of “The Office” actors;  weddings, and other experiences. They seemed to bring a semblance of normalcy in the pandemic.

You may be wondering what this has to do with the town of Laguna Beach for which the Indy was created? I’m glad you asked.

I was moved to write this column to thank Mike and Ikuko (Ko) Gamerl, for their recent beautiful, positive letter of gratitude listing some of Laguna Beach’s wonderful people. I was stunned but happy to see such a letter, given the often cringe-worthy negative complaints, name-calling and worse, that are seen here.

Thus, the Gamerls’ Letter titled “An Overdue Thank you” caught my attention. Mike and Ikuko captured much that is good in this beautiful town of Laguna as they wrote, “Just a simple, but very sincere “Thank You”, that’s all we want to convey…” They lauded a “cadre of doers… dedicated volunteers, and a virtual army of caring volunteers”, plus several organizations and people helping to provide food and services to Laguna Beach residents.

The Gamerls’ letter got me thinking, why don’t more of us write these positive letters? So I put hands to keyboard.

First, Gratitude to Daniel Langhorne and Trudy Josephson who each paid tribute to our beyond-wonderful Arnold Hano who we recently lost. Arnold and his wife Bonnie are our Laguna Treasures. We all mourn his passing. Arnold Hano is our own version of “Some Good News”. RIP Arnold!

I want to spotlight more “Good News” about Laguna Beach’s gems. For example, Laguna has phenomenal restaurants and restaurateurs, who like so many businesses were significantly impacted by the pandemic. Nirvana Grille, concerned about their vendors, set up a Co-op for people to order food online and pick up curbside. Another Laguna gem, Heidi Miller, volunteered nearly daily to help with packaging the orders at Nirvana Grille.

Heidi has helped countless people and businesses here, but a few of her good deeds include rescuing the iconic World Newsstand twice. First in 2003 when it had closed, and this year by relocating it when parking space in front of the stand was lost. In the CHOC Follies for over two decades, she helped raise millions of dollars for Children’s Hospital Orange County (I was in the first seven “Follies”, where I met Heidi). She’s on several boards in Laguna; one of her biggest feats was donating a kidney in 2017 for which Laguna anointed her Citizen of the Year.

Another example of Laguna “gems” are Ginger and Tom Osborne. Omnipresent in this town, these former professors have been active for years throughout Laguna Beach. Tom writes beautifully as a contributor to the Indy, and is an author (“Coastal Sage” and “Pacific El Dorado-A History of Greater California.) They work hard to protect our coasts, ocean, marine life, trails, environment, and are founders of the Laguna Chapter of Citizens Climate Lobby. They also lead teams of volunteers cooking meals throughout the year for the Friendship Shelter and Alternative Sleeping Location.

There are many more “gems” in this town, too many to name here.

Which brings me back to Krasinski and SGN. Until it ended in May 2020, the show delivered surprises, smiles and laughs. Krasinski, with that short series, brought the World together, uniting us all one night each week. The show uplifted and inspired us, and allowed us to feel that we were not alone, but sharing an experience, in our community, and throughout the world.

My wish and call to action, is for us to find more ways to feel gratitude and to celebrate our neighbors.

Michelle is a reformed lawyer-turned-mediator, also an author and speaker. She co-authored “Women Who Empower” and expects to launch her upcoming book on balance, “How To Break Free from Addiction to Busy” in January 2022.

Opinion: November, You Are So Laguna