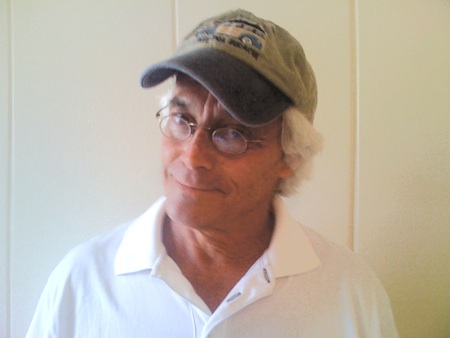 Another perfect day in paradise, but there’s “Genius.” No, it’s not me. Although often mistaken for Albert Einstein, it’s our runaway hair, aversion to barbers with sharp instruments, and the shared delight we both have in sticking our tongues out at paparazzi that contributes to the mistaken identity.  Below our hair follicles, our grey matter could not be more different. Albert believed E=MC squared. I believed EXs=MC22222222222MuchDough!

The 2012 Pageant of the Masters debuted a fantastic production called “Genius” that highlights and bridges famous artists and famous scientific minds.  Not surprising, I am not in the production and this fact alone makes it an over the top smash hit and a show everyone should go see.  Of course, it takes a bigger than life person, like me, to admit in a bigger than life newspaper, the Indy, that I’m not a genius but much closer to an imbecile.  This fact was medically confirmed in a recent CAT scan that revealed that I have the brain of a cat.  “Meow, go away I’m too busy grooming this runaway hair.”

Before the CAT scan confirmation, there were hints in my de-formative years that genius was not in my jeans or genes. Please pick the correct one my faithful spell check readers because I have no idea and Siri is incommunicado and much too busy with this year’s production of “Genius.” (That’s right, Samuel F.B. Morse you’ve been out coded by a girl.) I do recollect that I did not score well on my Scholastic Aptitude Test (SAT) in high school. Unfortunately, I thought it was a conjugation test and answered “SIT, SAT, SUT.”  While I was delighted to get two out of three, the principle or principal (Help here, village) told me to go to another school and try next year.  Lucky for me, at the new school, I met Ben “Oddball” Goldstein, who I have mentioned in previous columns.  Oddball had all the odds and angles figured out.  He told me that a perfect SAT score was 1600 and it wasn’t necessary to study harder, but just to take the test multiple times.  Oddball explained it was a little known fact that each student received 200 points for just taking the test.  So, seven tests latter taken under different appellations of Mark D. Crantz, I scored a perfect 1600. After celebrations, Oddball asked why I hadn’t sut one more time to which I answered, “It’s not a conjugation test Oddball, just ask Principle Hardlien.”

Believe me Indy readers, I would like to be a genius.  Who wouldn’t want to be a genius artist or a genius scientist? But as Oddball put it best to me, it’s just not in the cards, marked or not. According to Oddball, you have to remember that rule number one is the house always wins. And that’s when ingenuity hit the imbecile out of me. I would start a house or home version of this year’s Masters of the Pageant “Genius” production.

First, I won’t even try to outdo the Masters of the Pageant production in my home version game.  Instead, I’ll call it Apprentices of the Pageant and this year’s production will be entitled Imbeciles.  Beloved imbeciles of lesser minds will include the Three Stooges, Dumb and Dumber, Gilligan, the Clampetts of Beverly Hillbillies, and Donald Trump with guest appearances of his hair played by Cousin It.  Still life apprentice pieces will include, but are not limited to, “Four Dogs Playing Poker,” “The Young & Old Elvis in and on Velvet” and “Whistler’s Mother” played by me, right down to the bonnet and dress, costume not need.

Sorry Albert, you’re just way too smart for my new production because “Imbeciles” is a show that goes much deeper than runaway hair.  It’s a new age Aquarius.

Mark is a recent transplant to Laguna from Chicago and occasionally writes ”Pet Peeves.”  His recently deceased border collie, Pokey, is his muse and ghostwriter.