The three were arrested for suspicion of burglary, auto theft and receiving stolen property on Friday, Oct. 6, according to court records.

Police credit “engaged residents” with helping them get a jump on the suspects, who had fled from a home on Zell Drive after a resident encountered them trying to enter a side bedroom window. A sharp-eyed neighbor who spotted an unfamiliar truck gave the first alarm at 6:56 a.m., Sgt. Jim Cota said.

“Our residents acted quickly and did a fantastic job reporting the suspicious activity, which led to these crooks’ arrest,” said Captain Jeff Calvert in a statement.

The would-be thieves fled in a Ford truck, but responding officers spotted the vehicle heading downhill at a high rate of speed, Cota said. Police found the abandoned stolen vehicle at Temple Hills and Cerritos Drive. A search by a sheriff’s helicopter and K-9 unit turned up the three suspects hiding in brush and in a canyon below the 1200 block of Dunning Drive, Cota said.

The truck was stolen in Rialto, police said. Detectives are working to identify additional victims through stolen property recovered from the truck, Cota said.

Fraud. Barranca Way. 10:30 a.m. A collections agency contacted a resident about an account opened in his name.

Burglary. Smithcliffs Road. 8:56 p.m. No losses were identified but a small broken window is a possible point of entry.

Burglary. 100 block of McKnight Dr. 9:19 p.m. A woman returned after a two hour absence and found a back door open and drawers opened. A witness said he saw two males dressed in black in the area.

Fight. 200 block of Ocean Ave. Among five combatants, a 23-year-old from Trabuco Canyon was arrested for battery.

LBMC violation. 30800 block of Coast Hwy. 11 p.m. A report about “reading loudly” and drinking in a pickup resulted in the arrest of three south-county residents in their 20s for narcotics paraphernalia.

Grand theft. 200 block of Brooks St. 2:17 p.m. Police allege Cesar Badillo Munoz, 28, entered a local business with the intent to steal merchandise and was ultimately arrested for burglary, grand theft, and resisting arrest after running from officers. Bail was set at $20,000.

Drunk driving. Glenneyre St. 10:28 p.m. Lucy Jane Arrom, 43, of Tustin, was arrested for suspicion of DUI, hit and run and driving with a suspended license. After a collision, Arrom allegedly abandoned her vehicle in a parking structure and was arrested on foot less than a block away on Laguna Avenue. 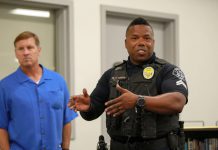 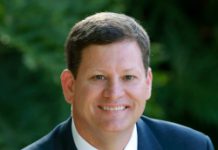