Discovery Arts brings the healing power of the arts to children fighting cancer and the Laguna chapter of National Charity League developed a program called Kostumes 4 Kids to aid this worthwhile organization.

Mothers and daughters design and sew costumes, toys and super-hero capes that serve as blankets for these children, which are donated to Discovery Arts and distributed among seven local hospitals.

Martin raises funds for children to attend Reinaldo Matiz Trujillo Education Institute in Neiva, Colombia. Before her trip this month,  she hopes to raise $10,000 for scholarships, a shortfall due in part to the cancelation of a golf tournament fundraiser.

Guests were first treated to drinks, hors d’oeuvres, a silent auction and a menu of entertainment: tunes from “Little Shop of Horror” and “Phantom of the Opera” sung by Broadway performers Kathi Gillmore and Scott Dreier were accompanied by Cody Gillette, Charlene Mignault lilted French and Portuguese songs and Nelson Coates, in a clown costume, wowed everyone with a hit from the Broadway show “Barnum.”

Proceeds will go towards beautification awards, education and projects.

More than 1,200 people attended radio station KX 93.5’s Festival of Music on Saturday, Nov. 2, on the Festival of Arts’ grounds.

“We’re so pleased that so many supporters turned out to celebrate what will hopefully be a landmark, annual event for Laguna Beach,” said station Program Director Tyler Russell. “We only heard positive feedback from guests, city officials, and neighbors of the grounds, which is a huge win for live music at this historic venue.” 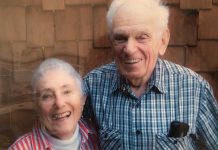 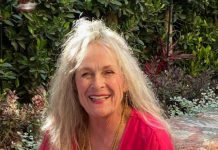 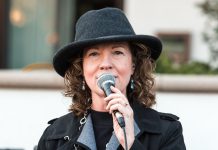