‘Twas the night of Christmas and all through the — oops! No house!

Lots of mice, and police that are not nice.

Chilled by my city sleeping outside in frigidity and treated worse than an abandoned kitty.

A city with no pity?

We cried for the harassment to cease by the city chief executive officer.

He apparently only cares for what fills his coffer. 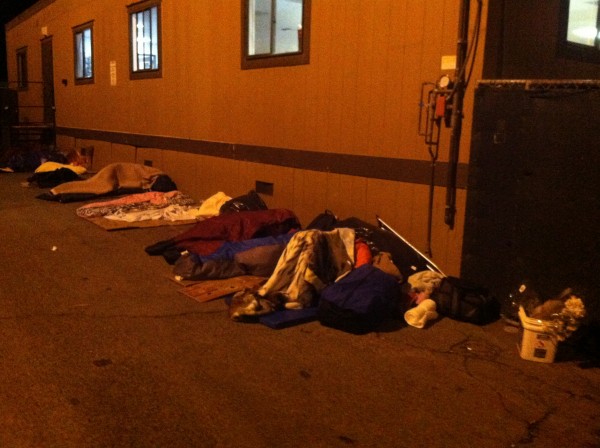 Santa brings others his sleigh with bells.

We face slaying by excessive bail with police on our tail and yells.

Just when we think we see the light, it’s a police flashlight!

The city wants to ship us all out on a train.

Who cares about the pain in our brain and the misery of rain as we face the Farris wheel of pain?

Even a tree sitter is not safe in a city so bitter!

We seek justice in court and get just ice, as all fines are multiplied at least thrice.

We cannot move on as we face the wrath of Khan.

When the future is bleak as we lack the strength to speak,

We finally see the hope of Americans fighting for our civil liberties in union with the weak!