Through a megaphone, organizers led protesters in chants like, “no hate, no KKK, no fascist USA!” and “the people, united, will never be divided!” The crowd of hundreds shouted their message toward Coast Highway with signs and flags; their cheers and demonstration was met with many horn-honks of support.

“They want us to engage, they want to fight, but we are too smart to take the bait,” Laguna Beach Mayor Toni Iseman told the crowd.   “We’re not going to be there; it’s going to be Laguna police’s finest day.”

Iseman urged the crowd of demonstrators to stay home Sunday, when conservative anti-immigration group “America First” plans an anti-immigration protest at Main Beach at 6 p.m.  Laguna Beach police have been prepping for the protest for weeks, and have called in help from police departments in Newport Beach, Irvine and Anaheim and the Orange County Sheriff.  Laguna Beach Police Sergeant Jim Cota stopped short of saying the department would call in the National Guard. “Only if the protest got to a point where violence and property destruction started to come into play,” Cota said.

“For some reason some folks have picked our town out of 10 towns nationally to come to,” protester Michelle McCormick told the crowd Saturday.  “They know we love this town, and come hell or high water, we take care of each other.”

“The opposition said they chose Laguna Beach because we are a bastion of liberalism.  We are tolerant and compassionate. What the world needs now, more than anything is love. Love trumps hate,” protester Billy Fried told the crowd.

America First has held five similar protests in Laguna Beach since March without incident, but Mayor Iseman said she believes this protest will be different.  Police will put up water barricades in front of Main Beach late Saturday, and will be at the site well-ahead of Sunday’s proposed protest.

“We let them know they are able to exercise their First Amendment rights but they will be given certain areas of Main Beach,” said Sgt. Cota.  “We will not tolerate physical violence to anyone or destruction of property.”

Saturday’s counter-protest lasted about two hours at Main Beach, and culminated by the crowd signing “This Land Is Your Land” led by the Men Alive OC Gay Men’s Chorus.

“Although there are some sad souls that have chosen to protest in our city our city doesn’t choose them,” Rita Conn told the crowd through a megaphone.  “It is important we not let their darkness overshadow our light.”

Stay tuned to lagunabeachindy.com and our Facebook page for live coverage and team reports from this weekend’s rallies. 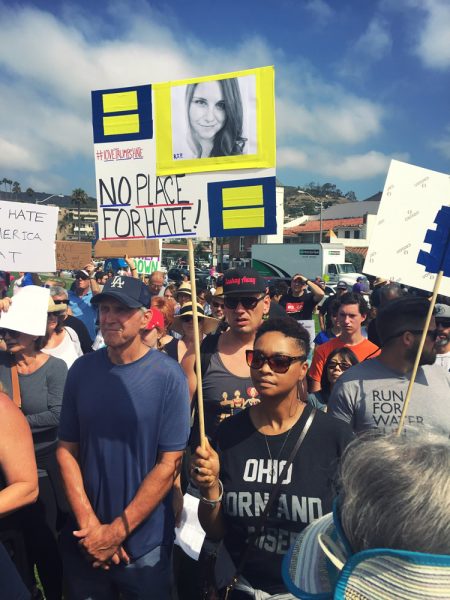 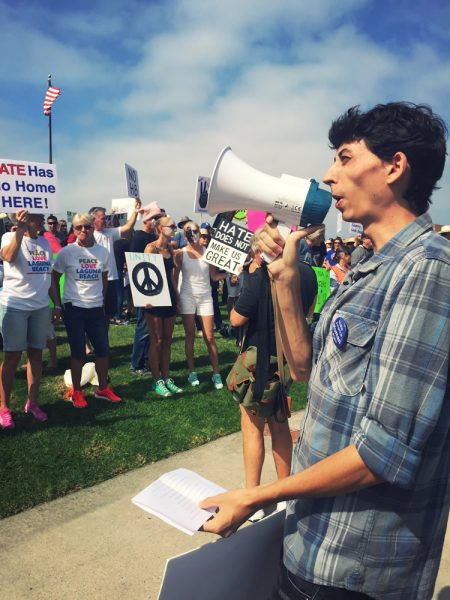 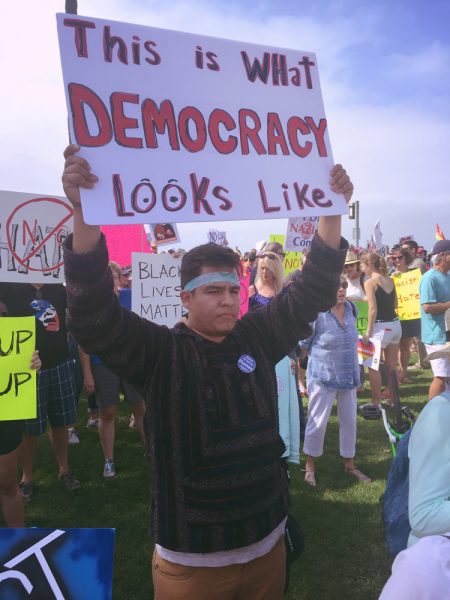