Artist Michael Norris Graham passed away on June 15, 2017, in Laguna Hills. He died from a stroke at 74. 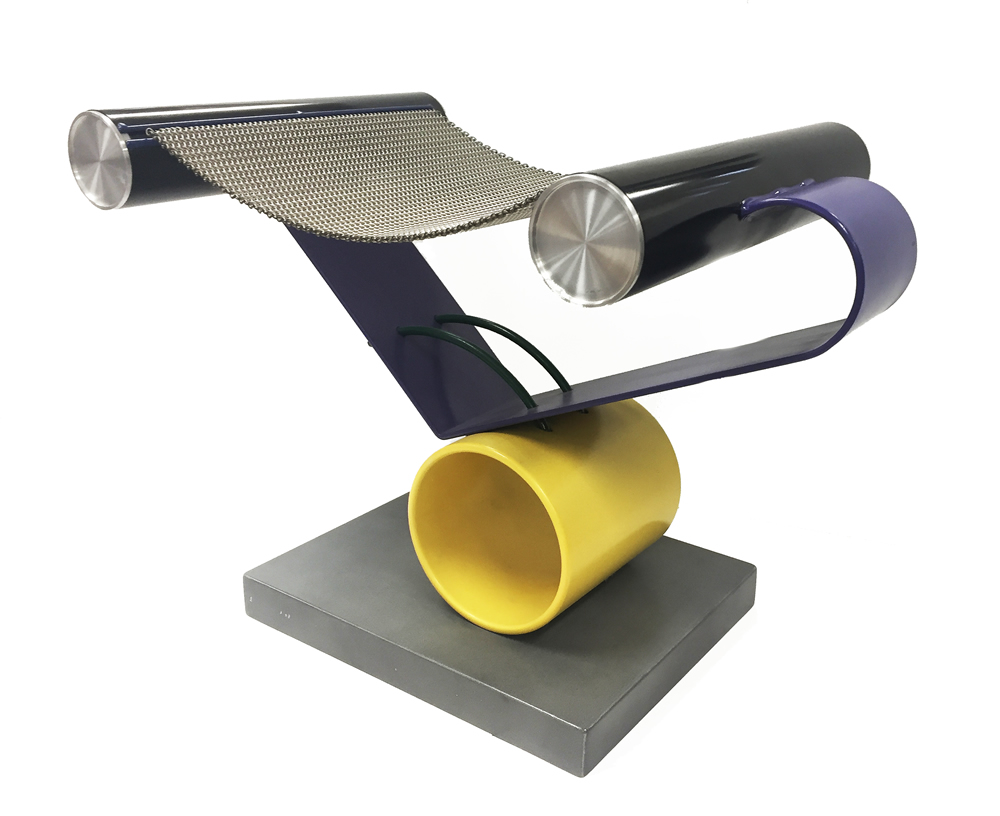 Michael was born in Stockton. He attended Wilson High in Long Beach and in 1967 graduated from UC Santa Barbara with a degree in theatrical arts. Graham continued to reside in Santa Barbara and began working with wood, creating elaborate jewelry boxes and wood turned objects that gained him national attention in the craft world through publications, museum collections, traveling museum exhibits and awards.

Becoming one of the finest wood craftsmen in his field, he switched gears and began working with different materials, mainly steel. His painted steel works were contemporary wall sculptures, standing sculptures, chairs, benches and tables made of both wood and steel. His functional art was shown in the Disney film, “Ruthless People.” In the late ‘80s, Graham moved to Laguna Beach and set up shop in Laguna Hills. He exhibited locally at the Festival of Arts from 1991– 2001 along with traveling to art shows throughout the country, including the American Craft Council.

In 2014, Michael Graham’s public art sculpture, “I Want to Make a Phone Call,” was on exhibit for two years on Forest Avenue in Laguna Beach. A Los Angeles Times article noted that, “After seeing Michael Graham’s intriguing benches and seats, it is hard not to agree with him when he says the design is all important.” “I’m not just a furniture maker,” the Laguna Hills artist says. “I don’t just want to fabricate pieces. It’s the complete design palate that I’m interested in.”

Graham is survived by his nephew Mark Adams of Vancouver, Wash.; niece Cynthia Adams-Kiner of Dallas, Ore.; and extended family.