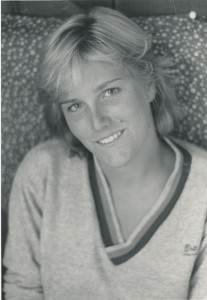 Samantha Shannon died Feb. 14 surrounded by her family and longtime caregivers. She was 44.

Shannon, who was known as Sam, was a Laguna native, born in the former South Coast Medical Center hospital Dec. 3, 1966. She who attended El Morro, Thurston and Laguna Beach High School. Shannon was a smart, funny, spirited girl who was an excellent student. She had many good friends with whom she enjoyed softball, the beach, music and hours of conversation. She had an insightful, hilarious sense of humor.

Much of the promise of her life was dashed in an automobile accident in her junior year which left her unable to speak or control her body. Her communication was limited to blinking and moving her feet to indicate her feelings and opinions.

Sam was tough and did not give up easily. With her parents, she traveled the western United States and enjoyed or endured outings and day trips throughout Southern California accompanied by parents, her grandmother, and caregivers who became friends, Maria, Carolina and Denise.

Shannon is survived by her parents Barbara and Tom and her brother, Andrew.

In lieu of flowers, the family requests that donations may be made in Samantha Shannon’s memory to the High Hopes Head Injury Program, 2953 Edinger Avenue, Tustin, Calif., 92780.

A Tribute to Jean Raun