A Republican Speaks for Left of Center 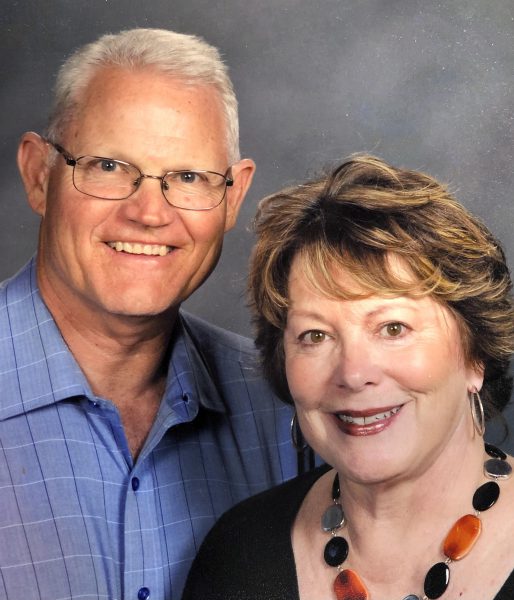 On July 6, Democrat Harley Rouda, our congressman from 2018 to 2020, spoke to the Laguna Beach Democratic Club about his campaign to again represent the 48th Congressional District. I report this with some trepidation, as I’m likely not alone in wanting to blot out the rancor of the 2020 campaign that discolored our red, white, and blue democracy, or seeking to recover from the bloody aftermath of the Jan. 6 insurrection. I mean, can’t we just wave the flag around on our lawns and at our beachside barbecues, enjoy the summer, and consider our patriotic duty done? But the great American experiment in democracy, unlike authoritarian regimes, requires much more of its citizens. It requires our thoughtful attention.

Whatever I’d write about Rouda’s candidacy, however, would likely come as no surprise to anyone. So perhaps it’s more illuminating to hear from someone on the other side. In this spirit, I turn over my column to a lifelong registered Republican. He’s someone I admire and respect for his values and ethics, which I know pretty well as we’ve been married for forty years. Besides, what husband doesn’t appreciate his wife giving him the last word? Dan, you’re up:

To start, I’m a retired businessman, veteran, Presbyterian elder, and am financially secure. I played baseball on scholarship for coach Rod Dedeaux at the University of Southern California before signing with the Angels, where I spent most of my four-year career in the minors. I have my health and cherish my family. Some might ask, how could I possibly vote for a Democrat? Here’s why:

The GOP has become the cult of Donald Trump. I’ve worked in the banking and real estate professions since 1965. In his dealings the man was infamous. A former employee who became a friend, and a Trump supporter, reminded me that I had first commented on Trump’s lack of business ethics in 1981. Since then, Trump has only gotten worse. Fivethirtyeight.com reports that our current representative, Rep. Michelle Steel (R-Seal Beach), has voted 100% with Trump’s ideology on various bills.

Additionally, Steel supports the recall of Gov. Gavin Newsom at a cost estimated to be at least $215 million. While I don’t agree with everything he’s done, Newsom was elected by more than 60% of the voters, and I see the recall as a waste of taxpayer dollars.

Here’s another strike against Steel. Like too many Republicans, she has refused to fully condemn the Jan. 6 insurrection. I am convinced that had that riot been started by supporters of Black Lives Matter, there would’ve been a very different outcry from Steel. I also do not understand or accept how she refuses to strongly voice her support of the Constitution of the United States as it relates to the election of Joe Biden. She and others who support Trump’s big lie about the 2020 election should be voted out of office so that we Republicans can eventually take our party back.

Steel likes to say, “no more taxes,” an old, reliable Republican value. Yet in 2021 we do need more taxes to pay for much-needed infrastructure, and taxing the very rich is a painless way to do it. After all, how much is enough? Billionaire Warren Buffett has said that leaving $5 million to each of his children is enough. Other billionaires have also called for higher taxes on themselves. This would not even affect their lifestyle. It would simply be a minor annoyance.

So I find Steel’s ideology terribly short-sighted when so many people have become billionaires thanks to preferential tax treatment granted to the wealthy. The times we live in call for nuanced and creative thinking that transcends the party line. Rouda is a successful businessman with political knowhow and common sense, which he demonstrated time and again during his term in office. That’s why the U.S. Chamber of Commerce honored him with the 2020 Abraham Lincoln Leadership for America Award for his bipartisanship.

Steel likes to claim that she, too, is bipartisan, but how can you ever trust someone who’s in league with the likes of Trump? I see Steel more as an ideologue who thinks in terms of black and white. She is in Washington, D.C., to do the GOP’s bidding at a time when independent thinking and resistance to the cult of Trump are called for. The Republican Party has lost the trust of people like me. So until the party eliminates Trump and people like Steel I will proudly call myself a RINO (Republican in Name Only) and support patriots like Rouda.

I could go on, but my wife tells me I only get 800 words. Besides, it’s time to watch the All-Star Game.