The suspected combatants, who are all friends, were identified as Jeremy Melvin Bishop, 36, of Ontario, Calif., and Daniel Keith Little, 27, and Joshua Tyler Little, 23, of Prescott Valley, Ariz. They were arrested Jan. 31 and initially pleaded not guilty.

Police said officers responded Aug. 11, 2017, to a 1:30 a.m. pub brawl in the 400 block of South Coast Highway. Their investigation determined that three men assaulted two male patrons and a Good Samaritan female who tried to intervene. The men sustained broken bones and lacerations and the woman sustained minor injuries.

Interviews and video led detectives to the suspects, police said

Drunk driving. 9:21 p.m. Coast Highway. Michael A. Hilbert, 48, of El Cajon, was arrested for DUI and held without bail due to a parole violation for driving with a blood alcohol level of .01 or greater.

Suspicious person. 12:17 a.m. 30800 block of Coast Highway. Laguna Beach transient Luis Enrique Yerba, 56, was arrested for being under the influence of a controlled substance and held for $1,000 bail.

Pedestrian stop. 2:07 a.m. 600 block of South Coast Highway. Timothy Patrick Ahern, 49, of Arizona, was arrested for two outstanding warrants for DUI and driving with a blood alcohol level of .08 or higher and held for $10,000 bail.

Municipal code violation. 1:03 p.m. 1700 block South Coast Highway. Maria Rodriguez, 46, of Laguna Niguel, was arrested for two outstanding bench warrants for driving while her license was suspended or revoked for DUI and driving with a blood alcohol level of .08 or higher.

Grand theft. 6:47 p.m. 1400 block of South Coast Highway. A person reported their purse was taken when they stepped away from it for a few minutes. Approximate loss was $2,600.

Public intoxication. 7:07 a.m. Virginia Way and Fifth Avenue. Michael Chandler Brooks, 34, of Laguna Beach, was arrested for receiving stolen property, possession of a controlled substance, and felony possession of a slingshot and was held for $20,000 bail.

Traffic stop. 6:49 p.m. Glenneyre Street and Thalia Street. Dianna Lynn Tateyama, 55, of Tustin, was arrested for suspicion of transporting, selling and possessing methamphetamine and was held for $30,000 bail. Officers who conducted a stop for a vehicle code violation noticed a prescription bottle with a name different than the driver. A search led tofinding additional drugs and paraphernalia.

Pedestrian stop. 8:59 p.m. 31100 block of Coast Highway. Nyzza Mendoza, 25, of Huntington Beach, was arrested for suspicionof battery on a peace officer and for an outstanding San Bernardino warrant for disturbing the peace and vandalism and was held for $350,000 bail. Sarah Anne Alwan, 27, of Colton, was also arrested for suspicion of possessing methamphetamine and Xanax, the latter without a valid prescription. The pair were initially detained for possession of alcohol on the beach. 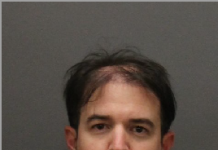