It Can All be Joyous

“It’s fun just like Hospitality Night except it isn’t cold.”

That was my unsophisticated review of last Saturday’s Fete de la Musique, where scores of bands played throughout downtown and Mexican folklorico dancers and Jheri St. James’s belly dancers performed on Main Beach.  Elvis appeared from time to time.  Pat Kollenda monitored the decibels, trying to keep the bands from becoming so loud that none could be listened to. Volunteers with badges circulated from band to band to be sure all was well. One of them, Sharon McNair, enthused, “I just love this.  I never want to live anywhere else; there’s always something going on.  What would I do in a town where nothing is happening?”

That is certainly not here! The day before had been the Woman of the Year luncheon tribute for Betsy Jenkins. We told her how wonderful, generous, and diplomatic she is—but the underlying message also was, “We want you to keep on doing it!”  So that evening she and her husband Gary gave a party at their home for all who were working on the “Fete”—and then of course, the next day was the event itself where Betsy was doing her persuading, organizing and supervising once again.

But it was all worth it. It set the scene for Lagunans to get a dose of special hometown feeling. We were just standing in front of the shoe store when councilmember Toni Iseman joined in and then started shopping for shoes, Roger Sloan and Sharon came past again, as well as a woman from the Susi Q I had met at the high school honors convocation presenting scholarships. Here was one of those spontaneous and joyous conversations because we had once again proved that we have a small town where you can’t walk down the street without meeting someone you just need to talk to.

Us Laguna folks know how to give a party!

But we sure have trouble finishing a project.

Last February, after years of dispute, the Council approved a plan for the village entrance. It includes paths, landscaping, a multi-use plaza/parking area, and a restored digester building.  The designers had done an excellent job of developing the general concept presented by a volunteer committee from Village Laguna and the Beautification Council.

But there were remaining detailed issues to resolve—how would the digester building be restored? What existing trees and other plants would be preserved? How would the lighting look? What new plants would be planted and where? What is the design for the channel fencing?

We asked these questions back in February and asked to see the further developed plans.  We were assured staff would arrange a meeting where the plans would be reviewed.  But the next thing we knew, the plans were scheduled to be released for bidding on June 15.  Public review of the plans would be done at the same time as the contractors would be bidding on them.

The volunteer committee asked to see the plans before bidding and Council member Toni Iseman agreed, arguing that this project, after all it has been through, deserved careful scrutiny before being released for bidding. The committee representatives pointed out trying to deal with revisions by addenda and change orders could be unnecessarily expensive—better to deal with them up front.

But no, the council elected to go ahead with staff’s plan to send the plans for bidding right away. Now the volunteer committee is finding detail issues that will need work and revisions to resolve. The exterior restoration of the digester is incomplete, trees and other plants are unnecessarily being removed, the fence design doesn’t meet safety criteria, drainage basins are located where plaza and art installations may be placed.

All this can be worked out, but it could have been done months ago by working with city staff.  Then a better and fine-tuned project could have proceeded without delay.  All involved would have had a joyous feeling of accomplishment instead of frustration.

Can’t we apply the cooperative energy that we use to produce to our wonderful festivals to getting our projects done well?

Landscape architect Ann Christoph is a former council member, who intends to seek office again. Her column will be suspended in the meantime. 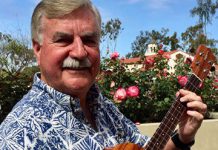 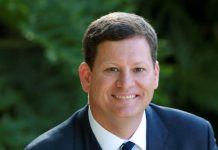