As a freshman at Laguna Beach High School, Alia Manetta took up her mom’s invitation to join her watching “60 Minutes.” The now soon-to-be sophomore at UCLA says that the program they watched about people who work in third world countries changed her life.

After seeing the show, Manetta set out to find a volunteer position at a local hospital, but was disappointed with the unfulfilling tasks like filing papers that she was offered due to her age and inexperience.

“I wanted to do service work,” said Manetta, whose urge to volunteer eventually led her to India, helped focus her academic interests and now fuels her current fundraising quest to finance another trip to India helping perform surgeries.

After sending email queries about volunteer positions to 20 hospitals in India, Manetta received two replies from hospitals that agreed to let her shadow the doctors and observe their work. She chose a hospital in Silchar, 60 miles from Bangladesh with a population of 228,000. Some of the doctors spoke a little English and the chief of surgery was fluent. “We figured it out,” said Manetta.

She financed the month-long $3,500 trip in 2012 by babysitting and tutoring and a gift of cash from her grandfather. She stayed in a small room in the hospital, slept under a mosquito net and ate the meals that were served to the patients. Manetta says she was humbled by the poverty in Silchar and by the end of her stay gave away all her possessions before departing.
After a stint working with the blind and the mentally disabled, Manetta was allowed to watch the surgeries. For an unexplained reason, the hospital performs hundreds of gall bladder removals. After watching numerous surgeries, Manetta was given retractors and told to hold open an incision so the doctors could locate and remove the organ. Countess operations later, Manetta said, “Surgery requires some innate creative ability; it’s a skill I think I have.”

Last summer with financial help from her mother, Manetta returned and graduated to stitching the patient’s incisions. “Studying neuroscience at UCLA is my path to becoming a doctor,” she said.

Manetta is planning to leave on a third trip to Silchar this month, the day after her 19th birthday, and is financing the journey on her own. She would welcome even the smallest donation to make this year’s trip possible. She can be reached at 949-892-9997 or [email protected] 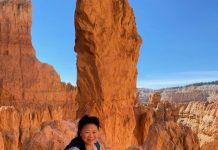 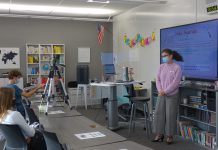 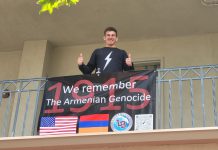