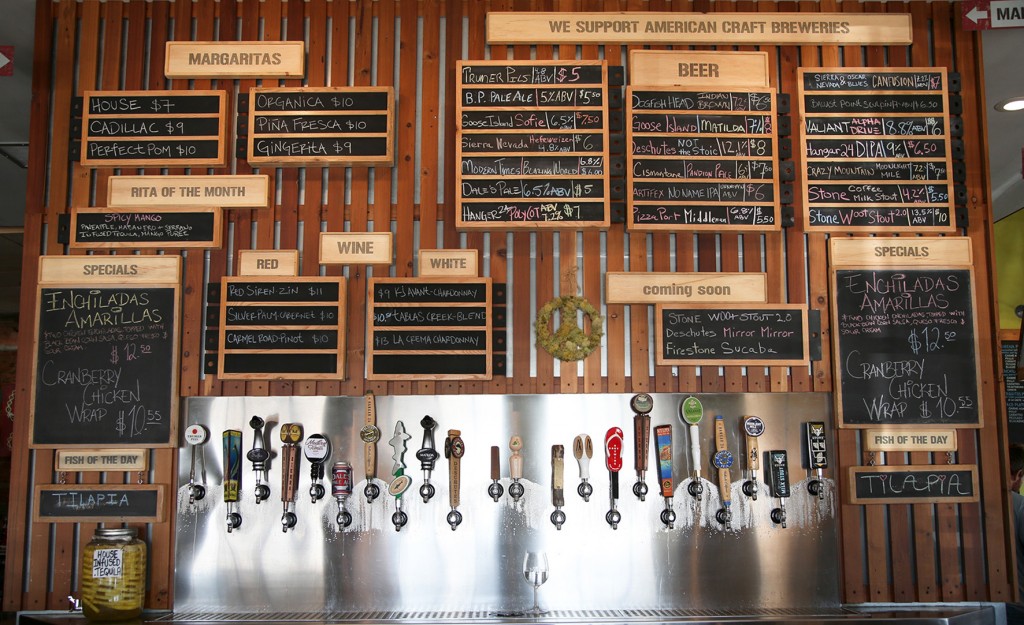 Unfortunately, not everyone can make the trip to Munich, Germany, for Oktoberfest. Luckily, Laguna Beach is home to numerous restaurants that cater to beer lovers who want something more than just a Budweiser. While there’s nothing wrong with macrobrews per se, the array of quality microbrews served locally is evidence that craft brewing is not merely a fad.

But if you really feel down about not being able to make it to Deutschland this year, having a few microbrews might at least make you feel like you’re in Germany—for much less than airfare costs. 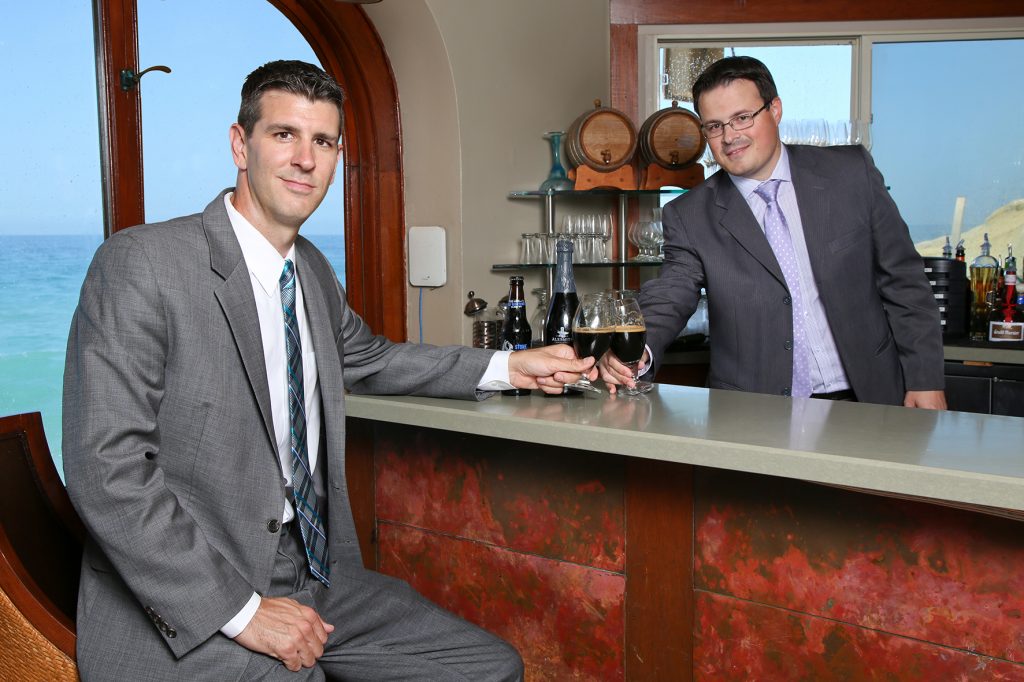 The refreshing wit beers and American blonde ales that guests enjoyed during the hot summer months at Surf & Sand Resort’s Splashes Restaurant might not be there in fall. That’s because, according to Ante Dapic, associate food and beverage director at Surf & Sand Resort, the eatery changes its beer selection with the turn of the seasons. Customers can expect heartier drinks such as chocolate- and coffee-based stouts and roasted ales to help combat the cooling temperatures. Ante says many Splashes customers prefer the rotating menu because new beer choices help create a culinary adventure with every meal.

With approximately 12 bottled beers and higher-end beers available at all times, including Hangar 24 Orange Wheat, Saint Archer Pale Ale, Rogue Hazelnut Brown, Iron Fist Velvet Glove and Bitburger Drive (nonalcoholic), Splashes has seen a transformation in terms of customers’ tastes: Sales of craft beer are now comparable to that of macro beers, Ante says. This shift in palate paradigm can be attributed to knowledgeable guests who understand the connection between fine dining and good beer.

“Macrobrews may offer refreshment, but that’s where they stop,” Ante says. “Craft brews have the flavor, the complexity and the diversity to enjoy them in all kinds of moods and pair them with all kinds of foods. We want to encourage our guests to enjoy and explore the different styles and the flavors the craft beers bring—and in it find their new favorites.” 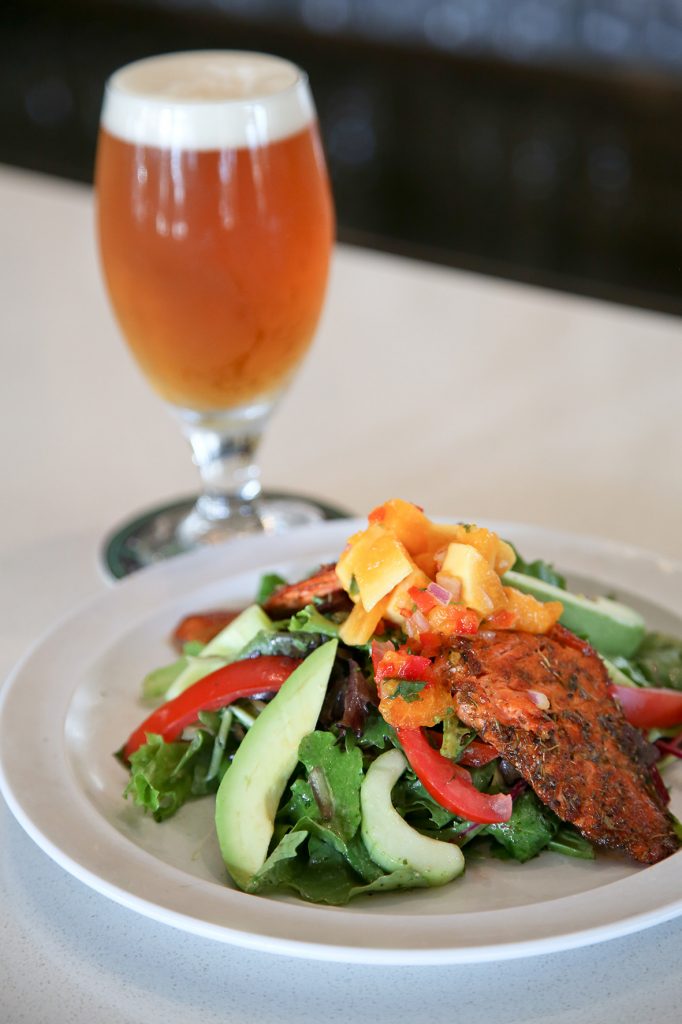 Some might balk at the idea of a Mexican restaurant that doesn’t serve Corona, but La Sirena South is doing just that. And, General Manager Dylan Weston says, the restaurant hasn’t suffered because of it. In fact, approximately “80 percent” (according to Dylan) of customers don’t mind washing down their tacos, burritos, tortas and quesadillas with something other than a macrobrew.

Although the restaurant has been in existence for nearly 15 years, craft beer began taking over the eatery as recently as two years ago. Now, with 20 rotating taps and handles that change on a weekly basis, La Sirena South is a destination for beer lovers in search of something new. With such a high turnover for the handles, Dylan describes his restaurant as being “out of touch” with mainstream beers. And, he says, that’s just fine.

“We stay out of the Coors, Miller and Budweiser category,” Dylan says. “We get the big microbrews and we carry stuff that will pair well with anything on the menu. A cold lager is all you need for standard Mexican-type flavors.”

If constantly searching for new beers to include on a weekly basis sounds like a job unto itself, it is. And that’s where Jeff Elias comes in. With a business card describing himself as “the beer guy,” Jeff and Dylan often can be found combing through websites such as BeerAdvocate.com to learn about new flavors and styles. Finding good beer isn’t always easy, Dylan says, but the hard work pays off.

“We’re able to get a lot more beers than we wouldn’t necessarily get [otherwise],” Dylan says. “We’re seeing what’s going on in the craft beer scene, so we can see what’s coming out ahead of time to put our name in there. They’re into us being into it, so they like to allocate us with a lot of stuff.” 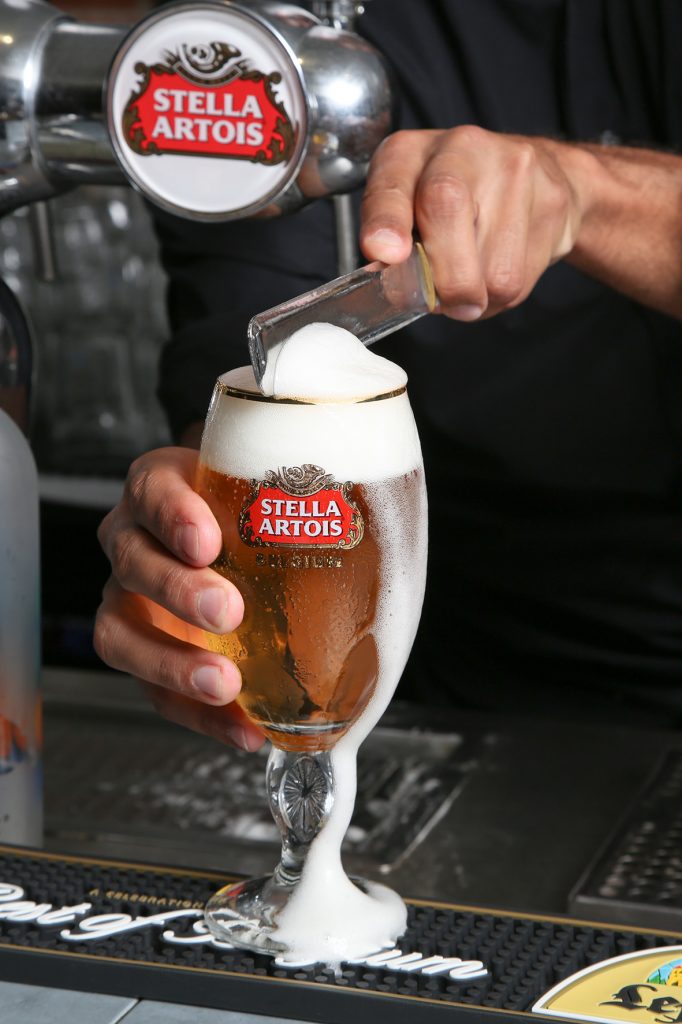 Walking into Brussels Bistro feels like entering another world—and that has nothing to do with the fact that the restaurant/bar is underground. Instead, guests who descend into the eatery feel like they are transported to Belgium thanks to food and drink menus that are as close to authentic European cuisine as Laguna Beach gets.

This pseudo-cross-Atlantic journey feels legitimate thanks to Brussels Bistro’s impressive beer selection, which includes 10 beers on tap and nearly 40 in bottles. Having many beers to choose from is important in terms of authenticity for a Belgian-inspired bar because in Belgium, beer is more than just a drink—it’s a way of life, says Brussels Bistro bartender/server Mondher El Ouaer says. “The culture in Belgium is all about the beers,” he adds. “They have over 450 beers brewing everywhere. Like wine in France, that’s beer in Belgium.”

Another way that Brussels Bistro remains authentic is through the glasses each beer is served in. Rather than giving customers drinks in random glasses, each beer is presented in the appropriate glass. For example, Mondher says, Stella Artois is served in a Stella Artois glass while Trappist beers are served in Trappist glasses. With proper glasses in tow, Mondher says his bar goes one step further and serves beer at the proper temperature, something not commonly done in America.
“In America, they serve beer very cold in a cold glass,” Mondher says. “Here, we don’t do that. It should be cold, but if it’s too cold, you aren’t going to have the flavor of the yeast. If you really love beer, it’s like a wine—you have to smell it, you have to let it breathe and everything. Each glass has its own rules for the beers because of the yeast and fermentation.” 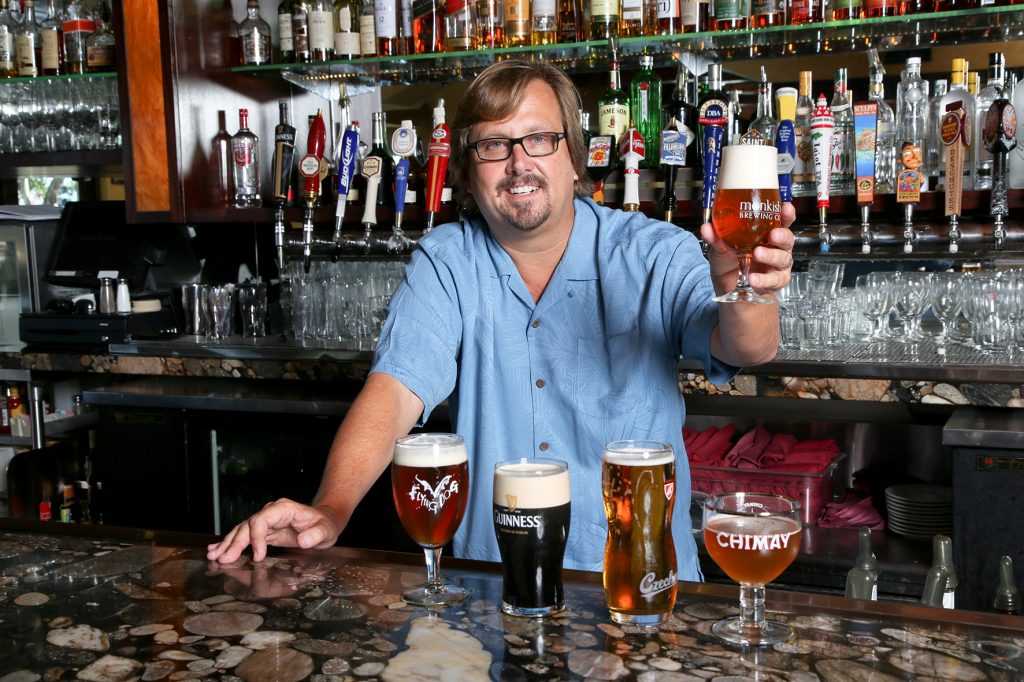 Michael Zislis has been a home-brewer since long before he could legally drink alcohol (for a science project), which led him to open his first brewery at age 21. With this experience in mind, some might assume the 49-year-old Rock’n Fish owner—who describes beer as being “in my DNA”—is a beer snob. But he’s not. In fact, Michael says he believes there’s a time and a place for nearly every beer on the market.

“Let’s say I’m going to a USC football game,” Michael says. “It’s 100 degrees outside the stadium, and I want three Bud Lights out of an aluminum bottle. It’s hard for me to quaff a few Sculpins before a game. And when I’m at the pool in Vegas with my buddies, Bud Light does just fine. But when I’m sitting down for a meal, I’m going to ask, ‘What’s the local beer?’ I treat it like an experience.”

This open-minded approach to beer is translated to Rock’n Fish’s extensive drink menu, which includes 24 bottled beers and 24 on tap—such as Stella Artois, Ballast Point Sculpin IPA and Guinness—with an approximately equal macro-to-micro ratio. Sure, Michael could spend hours explaining the nuances of craft brew to his customers, but according to him, that’s not his goal as a businessman. That, he says, is to make sure his customers have a good time at his restaurant.

“It’s not my job to tell customers what they want,” Michael says. “Nothing upsets a customer more. Don’t tell me what I want—give me what I want.”

A quintessential workingman’s watering hole, the Marine Room Tavern has been a staple in town since 1934. In fact, it was the second bar in town to get its liquor license—and it doesn’t appear to have changed all that much in the decades that have passed. But that’s probably the charm and magnetism of the Marine Room—its scuffed wooden floors; dark, suffocating walls that seem to close in on you; and its eclectic decor from old cartoons to the bright sign that spells out the bar’s name, shining like a beacon in a cave.

“Before you walk through the door, you’ll probably hear Johnny Cash whaling ‘Ring of Fire’ out of the front windows,” owner Chris Keller says. “As you take a seat at the bar, you’ll be surrounded by some good ol’ storytellers. You might be challenged by a local who thinks he can school you at a game of pool. We take pride in showcasing live music seven days a week, and we like our whiskeys strong and our beers tall.”

Whether it’s for the camaraderie or the music, Marine Room Tavern is the place to be on a weekend to let loose and throw back a cold one. And paying homage to the Americana that it was built on, the beer list is almost all homegrown with a splash of international flavor. From tailgating essentials such as Coors, Miller Light and Budweiser to craft brews like Dogfish Head and Lagunitas, there’s something for every beer lover.

So, don’t book that ticket to Deutschland just yet. Take a walk around town, and you just might find yourself imbibing in one of these local establishments with familiar faces, swaying to music or sipping a cold one while overlooking the majestic Pacific Ocean. We’ll bet you a pretty penny you won’t find that halfway around the world.