By Justin Swanson, Special to the Independent

The transformed multipurpose room at El Morro Elementary this week was again home to Colonial Days, squiring students back in time to the earliest days of European settlement and colonization in America.

A variety of stations were set, filling the room with an approximation of pre-revolutionary occupations while students from kindergarten to fifth grade took their turn in the colonial village on Monday and Tuesday, Nov. 19-20. Candle-making, sewing and stitching, leather imprinting, silhouette displaying, rope-making, doll-making, and more were all available to young ones dressed up alternately as pilgrim colonists and Native Americans.

Principal Chris Duddy admits he is unsure how long the PTA-organized event has gone on, as it “far predates” his time with the school.

The three moms who headed up the task of creating an elementary school time machine are Kelly Boyd, Patty Tacklind, and Juliana Brown. The preliminary plans were contrived in early September when materials were catalogued and subsequently ordered. Says Tacklind, “it’s a job for people who love details and aesthetics.”

Tacklind, who has children in the third and fifth grades, says that, from an educational standpoint, they had to create a world to show students “how native and colonial life collaborate based on how they did it hundreds of years ago.” She adds that the theme for this year is “Two People, One Land.”

As for the aesthetic created, while much of the bric-a-brac are accumulated pieces, this year the main attraction was a partially covered wigwam that literally took center stage where students could enjoy storytelling.

Taylor Durant, a fourth-grader enjoying her fifth Colonial Days, was positively ebullient when she entered the room and saw the re-creation of one of her favorite Thanksgiving traditions. She gave an impassioned and desultory run down of her favorite things, “eating little snacks and having fun with arts and crafts. Also we get to make candles and we get to learn to sew and make pillows and dolls. I let the doll I made lay on the pillow I made at home.” She calls these her “precious” toys.

However much fun she consistently has at Colonial Days, Taylor, who is of partial Native American heritage and is dressed accordingly, insists that, “the best thing is we celebrate and give thanks for the whole family and have a great day. My favorite trait that we are sharing this year is respect.” 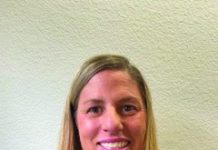