The cultural exchange rate is up in Laguna Beach thanks to two teens inquisitive about foreign lands.

Christian Delgado spent two weeks this summer in Guatemala as part of the Junior Peace Corps. Meanwhile, Matthias Freund, of Germany, has just arrived in Laguna for a yearlong stay as a foreign exchange student.

Christian, 18, says he likes to travel and explore to expand his horizons. His mother suggested the idea of the Guatemala trip and he assented.

On his trip, Delgado worked around the city of Xela, painting and rebuilding orphanages. He found, “Kids are really content with their lives. Doing small things makes them happy.”

Witnessing vast difference in cultures is nothing new to Delgado. He has spent much of his life living abroad, including stays in Italy, Costa Rica, and Thailand. He has lived in Laguna for just 18 months. He says acclimating to different cultures has become a part of his way of life.“I always come home with a new perspective,” Delgado says. “I feel changed and good.”

“I always come home with a new perspective,” Delgado says. “I feel changed and good.” 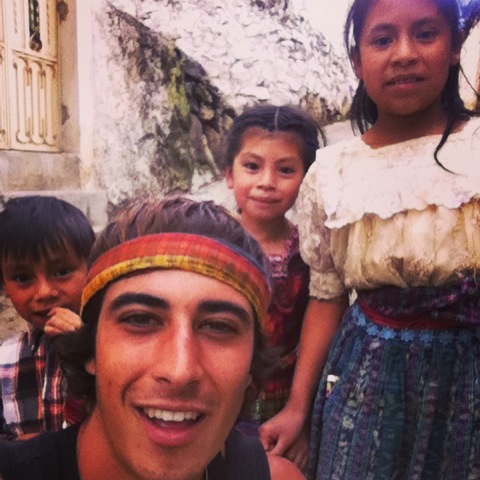 On his most recent journey, Delgado learned about the history and demise of Maya culture even participating in a fire ceremony on an active volcano. He will attend the University of Colorado, in Colorado Springs, in the fall where he intends to dabble in his interests in anthropology, communications, philosophy, public speaking, and a leadership program.

For matriarch Barbara McMurray, though, hosting Freund closes a circle started when she was a teenager in the same foreign exchange program, American Field Service. Her host family’s teenage daughter, Maike, became Freund’s mother. Last year the Freunds visited the U.S. and Laguna so the two could reconnect. McMurray sent a special application to become Freund’s host when it was decided he would participate in AFS.

Now that he is here, Freund is still getting used to his surroundings. He admits to feeling intimidated at the prospect of starting school without knowing anyone and with English as a second language. He hopes to befriend someone who can show him how teenagers live in Laguna.

Freund is also no stranger to travelling, having visited Greece, Sweden, and Switzerland among other European countries. But he’s already begun to note differences compared to his native land. The temperature is warmer. Everything is bigger, he says. In school, Freund is afforded the responsibility of choosing his own schedule with electives not necessarily available at his school in Germany. He hopes to take photography and play American sports, like football. He has already tried surfing, which he describes as very cool.

Among his goals for his time in America, Freund hopes to hone his English to perfection and meet new people.

“I want to learn something else that’s not my home,” he says.