Darrin John Reed, a longtime Laguna Beach resident whose parting words revealed his unending enthusiasm for life, died Tuesday, Sept. 2, after a two year battle with leukemia and its complications.

Last month, Reed was admitted to Hoag hospital’s ICU fighting sepsis and multiple organ failure. “He ran out of options; we had to let him go,” said Ray Kawecki, his husband and partner of 25 years.

About 20 people crowded into Reed’s hospital room in Newport Beach this past Monday, Sept. 1., including his grandchildren, former colleagues from the Laguna Beach schools and members of the United Methodist Church in Laguna Beach. When the ventilator was removed, Reed opened his eyes and looked shocked at the crowd around him. Someone suggested the gathering was for a martini toast, Kawecki said. Ever the attentive host, Reed summoned the strength to answer. “Let’s party,” he said, lightening the mood of those gathered before closing his eyes again. He died 24 hours later.

“He never gave up on life,” said Kawecki.

Reed, 48, was born in Detroit, the only child of Judith and David Reed, who are both deceased.

Reed moved to California in 1990 and worked as a corporate franchise trainer for Little Caesar’s restaurants, which was expanding in the state. That same year he met his future partner; they married in the rotunda of San Francisco’s City Hall in 2008 in the weeks prior to the passage of Prop. 8, which banned same-sex marriage in the state.

The couple made their home in Laguna Beach since 1993, which included Kawecki’s daughter, Jessica, and four grandchildren. Since 1999, Reed worked as the executive assistant to the Laguna Beach Unified School District superintendent, where he was hugely popular for his competency and good humor.

“His warmth, sense of humor and dedication to service is an example for all of us to follow. As a friend and a colleague, he was always there to provide support. The world has lost an incredible human being,” said former LBHS principal Joanne Culverhouse.

“Darrin was a treasure to so many of us,” added resident Anne Johnson. “He cared deeply about his Laguna Beach schools–personally because his children attended them and professionally because he was a professional in every sense of the word while working for the district. He also cared about his friends. And he cared most of all for his husband Ray, who stood by him every day and every night as he fought his courageous fight against an evil, fatal illness. We shall all miss Darrin, and we shall be there for Ray, who was heroic in his fight to save the man he loved so much.”

Reed was diagnosed with acute lymphocytic leukemia in September 2012 and received a medical retirement after legal wrangling with his employer. He underwent a bone marrow transplant at City of Hope hospital in April 2013, but since endured a series of setbacks and complications from chemotherapy and other treatments, Kawecki said.

Even so, Reed resolutely continued to plan family adventures, such as a Christmas cruise to Hawaii last December. He meticulously planned the trip, packing an inflatable tree for the cabin and 2014 glasses for New Year’s Eve along with extra medical paraphernalia. “He was bound and determined to make sure it was special even in his condition,” Kawecki said.

Besides his husband, Reed is survived by daughter, Jessica, and four grandchildren, Kyra Ann, Andrew Stewart, Margaret Rhae and Asher Wayne. A memorial service will be held at 10 a.m. Saturday, Sept. 13, at the Laguna Beach United Methodist Church, 21632 Wesley Dr.

For a close look at Darrin’s journey and leukemia battle, please view http://www.caringbridge.org/visit/darrinreed. 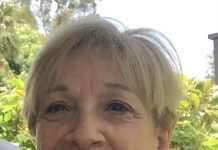 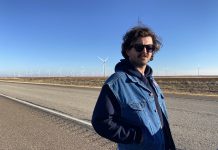