Members of Laguna Beach’s Hare Krishna Temple marked the beginning and end of a cycle of the Hindu calendar with twinkling lights marking the ancient festival Diwali last week.

Diwali, falling on the night of a new moon between mid-October and mid-November, signals one of the year’s most important holidays throughout much of Asia.
Durba Samanta, of Irvine, a native of Hyderabad, India, for eight years has attended services at the Hare Krishna Temple, and recounts how the festival is celebrated in her homeland. “In India you burst firecrackers on Diwali and light up tons of lamps around your house, symbolizing welcoming goodness and the triumph of good over evil,” she said.
While pyrotechnics were omitted from the celebration in Laguna, the stage of the temple was alight with candles. Bare-footed participants seated on the floor swayed and chanted to beating drums and cymbals that transported them into the ceremony. Depicted on the temple stage were the Pancha Tattva, or five aspects of Krishna, surrounded by fruits, incense, and small candles as patronage to the deities.

“Diwali in India is also called ‘festival of lights’ and is the day Rama returned back from his exile and in his welcome everyone lit up tea lamps everywhere,” temple volunteer Vikas Pathak explained.

In honor of this tradition, young and old were invited to light a personal candle and place it at the altar. The ritual is complete by circling the candle seven times to the Pancha Tattva, three times to a statue of Srila Prabhupada, who spread the Krishna movement in the U.S., and once to the congregation before resting the lamp on the altar.

Tukaram Das, president of the temple established in 1979, spoke to worshipers about the significance of Diwali and the cycle of love and optimism that it embodies at the weekly Sunday night service.
“We celebrate all of the major Hindu holidays and we do them in a very traditional, audience participatory way and we always make it a point to explain everything in English for a western audience, so people can really identify with and understand all the exotic rituals that are going on,” said Das, whose movement took root in Laguna beginning in 1968.

The festival culminated with a feast of vegetarian Indian food prepared by the priests and their apprentices.  Over merry conversation and laughter, people lined the floor with plate and bowl in hand to commune while enjoying the banquet. 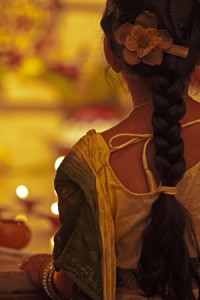 “It’s like a Hindu New Year because this is when the Hindu calendar starts over again, and it is like a Christmas because everyone gives each other presents. Diwali is like every fun celebration wrapped up in one,” said Samanta.

Hayley Toler is a  history major at Cal State Fullerton. 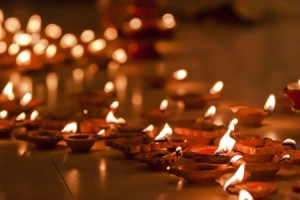 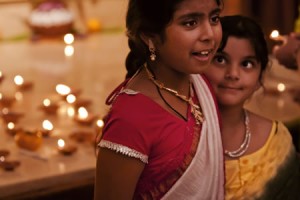 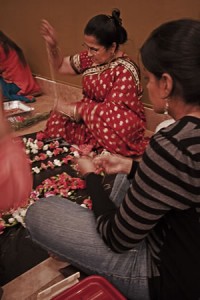 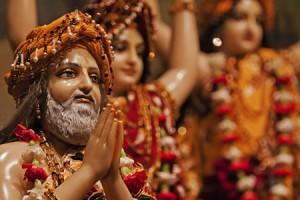