The students in Richard Selin’s science class themselves are the subjects of another broader project, that of cultivating a new generation of ocean stewards. Both are slow-growing tasks whose outcome won’t be apparent for years.

But both projects got underway last year when Selin’s previous group of sixth graders grew kelp seedlings in their classroom tank to help refurbish local kelp forests. Building on their previous success, this year’s students are caring for the abalone until the end of the school year, at which time Caruso hopes to transplant them to their native habitat in the revived kelp forests.

“We want to encourage our local kids to get involved in not just protecting, but also restoring our local marine environment,” said Scott Ferguson, a board member of the Laguna Ocean Foundation, which is funding the abalone project. “This is a positive way to get kids to realize that this is something worth protecting and that they can make a difference.”

Almost unwittingly, the students are soaking up marine biology. “It’s important for them to understand that they know so much,” said Caruso, a Garden Grove resident. “It empowers them,” she said, to share what they know with the public, which they will do serving as kelp ambassadors at the upcoming Kelp Fest, at Main Beach on Saturday, April 16.

In the meantime, the students are more concerned with kelp as a food source for the abalone they are raising and observing in a 17-gallon tank.

When Ferguson got wind of Caruso’s kelp-planting project last year, he tracked her down and suggested recruiting Laguna kids to join other Orange County students already growing the fledgling blades of Macrocystis pyrifera for later transfer to local reefs. Donations from three or four local families that were matched by Laguna Ocean Foundation funded the project. A tank was installed in Selin’s classroom and a new generation of kelp enthusiasts was born.

The foundation remained on board to fund this year’s abalone replanting project also, which included purchasing farmed abalone, salt to replicate ocean water in the tank, and testing equipment. Caruso’s ambition is winning a $70,000 grant from the National Marine Fisheries Service to fund a 500-mollusk abalone farm for species restoration. Her initial request was rejected and she has reapplied this year in alliance with four other groups. Caruso is the co-author of a manual on how to restore abalone to its habitat.

During a recent visit to Selin’s classroom, the fledgling abalone experts demonstrated their ease with the scientific equipment and enthusiasm for the task. While the tank resembles a still life of kelp and seemingly motionless shells, Selin’s students view the scene with different eyes.

Zachary Nash, Thomas Gregory, Leonardo Lahigani, Emma Nash, Vicky Meraz, and Elijah Meisse are busy with weekly chores that include vacuuming the tank with a plastic tube to clean up waste and debris, checking the water for salinity and various chemicals, mixing salt and fresh water to change the tank water, and measuring shells.

Abalone feeds on kelp and grows about a centimeter a year. Though they have a 20-year lifespan, ones harvested for eating are usually about 10 years old.

“I think it’s cool that we have a chance to take an endangered species and make it un-endangered,” said Zachary.

Leonardo loves learning about abalone and wants “to make a difference and help repopulate them.” Emma’s enthusiasm for the project echoed Leonardo’s. “The fact that we are raising them is so special,” she said.

They cheerfully explained their quantitative research results: one grew .3 centimeters, one didn’t grow and may not be eating enough so needs to be watched. Caruso has explained to her protégés that the scientific experiment may not turn out as envisioned, and that keeping records is essential in helping understand and analyze the outcome if they don’t get the expected results.

Caruso has applied for a pilot-scale permit to plant in the ocean abalone grown by students in five other schools besides Thurston. Lacking approvals, she will have to cart the critters to her home for the summer months.

In the meantime, Selin’s students already have a scientific mystery to solve. Emma discovered one of their abalone had disappeared when cleaning the tank after returning from the winter break. Only the shell remained. Caruso taught them the difference between possible and probable explanations. Cannibalism was possible, but a call to the operator of an abalone farm had not encountered similar behavior. Theft might be more probable, but what was the motive? “We have 1,000 students in Orange County on the case,” said Caruso.

Kelp Fest, 9 a.m. to 5 p.m., at Main Beach will include a 100-snorkeler “dive in,” a live underwater broadcast from the kelp forest off Main Beach, docent-let tide pool tours, live music, and arts and crafts. Visit http://www.keplfest.org for more info. 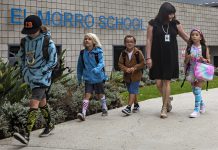 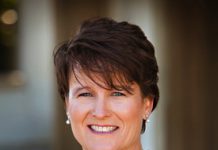