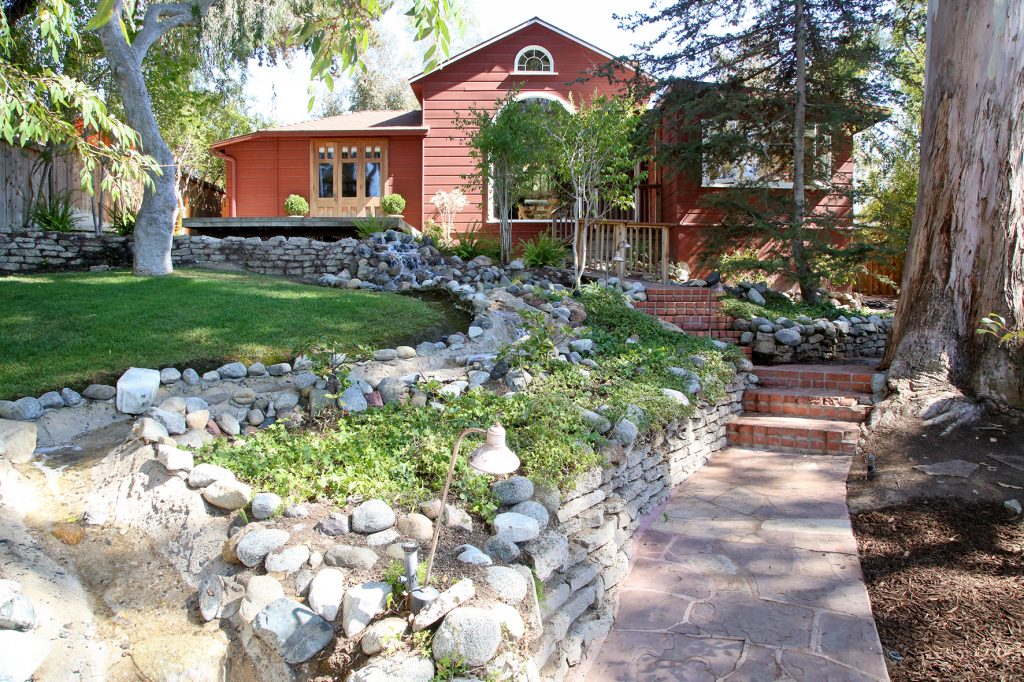 Firmly rooted in Laguna history, the distinct homes of El Bosque blend the old and the new.

A fitting name for a Laguna street lined with eucalyptus trees, “el bosque” translates to “forest” in Spanish. In the 1930s, homes in various period styles, from Normandy and French Provincial Revival to Mediterranean, started sprouting up along the gentle slopes of this historic neighborhood after El Mirador neighborhood was initially subdivided in 1928. Unlike other Laguna neighborhoods, El Bosque and its surrounding streets are curved to make for spacious, estate-sized lots. It’s also the first subdivision of its kind in the city.

Decades later, residents of this tucked away Laguna Village neighborhood have many reasons why it’s such a desirable place to live. “It’s a wonderful part of Laguna, being close to town and to the beach,” says Clark Collins, whose family lives on El Bosque. “We walk into town all the time; we love going to the restaurants and being able to walk to the Pageant [of the Masters], the Sawdust Festival, the farmers market and the beach.”

Having lived here for the past 19 years, Tommy Kemp always has loved the neighborhood’s quaintness, walkability and friendly neighbors. Most of all, it’s the history, though, that makes this street unique. In fact, his home is across from a property that once was used as a “victory garden,” which allowed neighbors to grow and share vegetables during World War II. 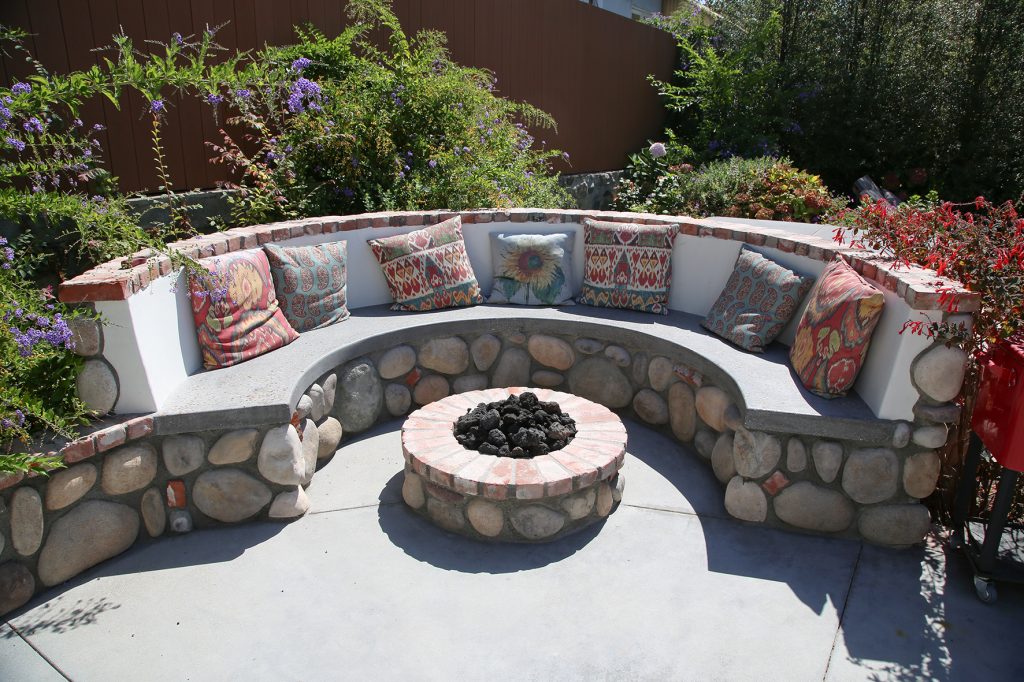 A cottage built in 1939, Tommy’s home is hidden among lush landscaping in its front and back yards. In 1995, when Tommy first moved in, there weren’t a lot of renovations needed, as the home is still very well preserved. “It’s pretty original,” Tommy says. “It has original wood floors from 1939, and the interior is still very original.”

Inside, beachy tones of pale blue, soft yellow, tan and beige complement the wood-beam cathedral ceilings coated in white paint and warm wood floors, and create an open, airy atmosphere. As a nod to its coastal setting, oil paintings of old Main Beach and old Woods Cove by the late Laguna artist Roger Kuntz bring color and personality to the walls.

While new double-paned windows and siding were added, the cozy cottage style stays true to the home’s heritage. Other recent revisions include built-in bookcases for extra storage and a stone-front fireplace with granite hearth that blends well with the comfortable cottage aesthetic.

The most spectacular aspect of the home, according to Tommy, is the outdoor living space that he added in 2011, which overlooks a large backyard. French doors in the dining room lead to the outdoor space and make an effortless transition from the indoors to the outdoors. With a Jacuzzi, built-in barbecue, stone and brick patio with casual built-in seating, fire pit and several other conversation areas, it’s served as the ideal spot for hosting backyard parties over the years.

“It’s a traditional beach cottage with an efficient use of space, but the backyard is the best feature,” Tommy says. “Where we are in the Village, you won’t find anything like it.”

While Clark and Greg Collins may be newcomers to El Bosque—they moved in this past year—their home has a storied past. The home was built in 1940 by Isaac Frazee, who was one of the first artists who came to Laguna in 1878 at age 20.

According to Clark, the land was gifted to Isaac by the Laguna Beach Art Association in appreciation for his help with the 1921 Peace Pipe Pageant, which raised funds for an art gallery that eventually became the Laguna Art Museum. 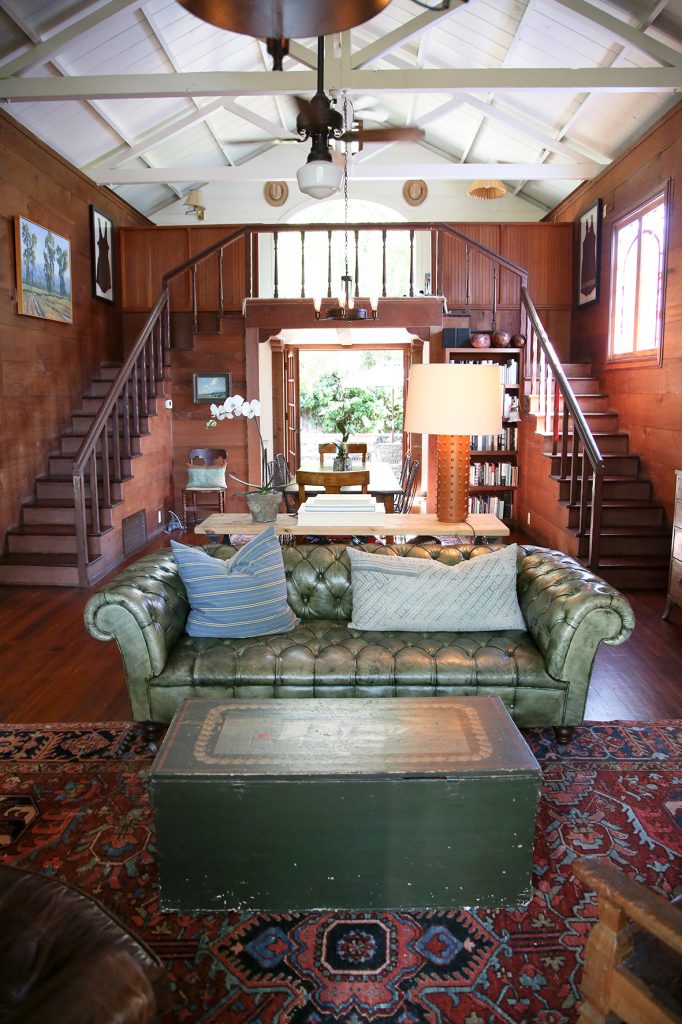 Over the years, ownership has only changed a few times, but the home’s original red barn-style exterior and character remain. A rocky, man-made river, installed by a previous homeowner, adds a welcoming touch to the front yard, which also used to have a horse stable at one time. Neighbors still remember the day another homeowner’s horses ran on the loose in Laguna. “The home has an interesting past,” says Clark, who restores historic homes in and around Laguna. “It was never officially put on the market, and it’s been sold from friend to friend as long as anyone could remember.”

The two-story main living area, which once served as Isaac’s personal gallery for displaying his artwork, features an original, 7- by 10-foot arched window (once considered the largest window in Laguna) and original wood paneling. Today, the space is filled with antique furnishings, including decor from the late 1800s to 1930s and 1940s; early California and Laguna plein-air paintings; framed vintage swimsuits; and unique lighting fixtures (some original and others that Clark designed himself). “It’s a mix of vintage, eclectic and found objects we’ve collected over the years,” Clark adds.

Wooden stairs lead up to a loft area that’s become a playroom for their two sons. On a rare day when it’s cold enough, the family likes to congregate around the brick fireplace in the living room. The backyard is another favorite spot for basking in the year-round sunshine. “We eat outside on the deck all the time,” Clark says. “Often, we’ll hang out and read with the boys in the hammock and play in the backyard.”

Nearby, on Short Street, is where you’ll find the family home of Steve and Vicki McIntosh, who moved to the neighborhood in 2002 soon after their daughter, Anna Marie, was born. The cottage’s exterior, boasting multipaned windows with shutters and a deep red-painted Dutch front door, looks approachable from the street, which is just the impression this family wants to give. 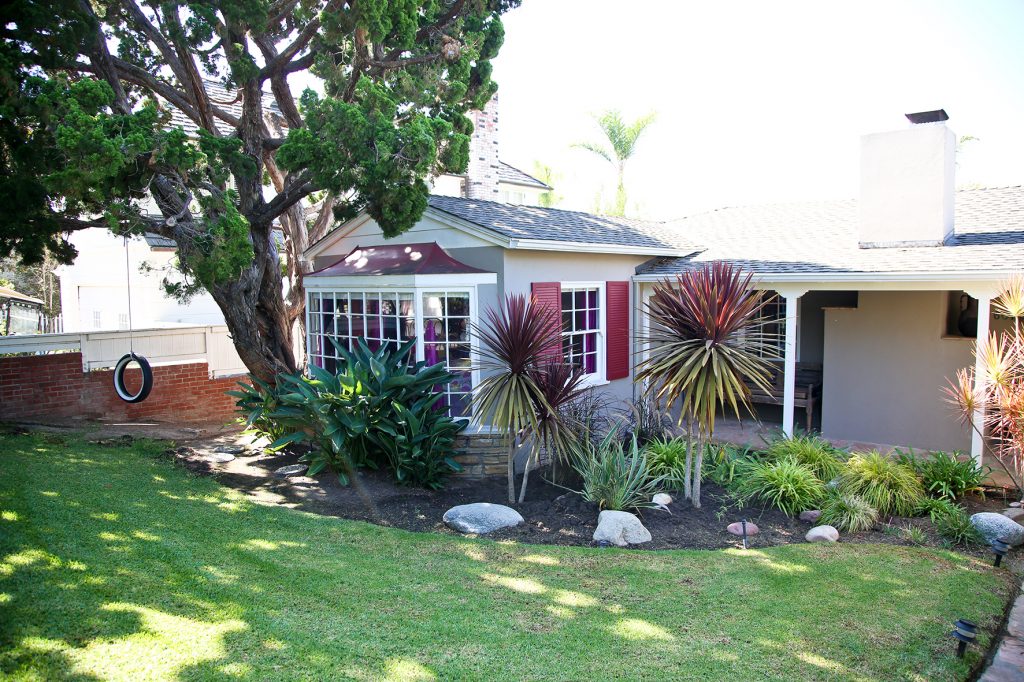 “The Dutch door was a Mother’s Day gift for my wife,” says Steve, who has lived in Laguna for 34 years now. “It’s the first thing people see when walking up to the house, and it’s inviting even when the door’s closed.” There’s also a twisted juniper out front, which Steve believes may be one of the largest and oldest in Laguna at about 60-some years old.

The McIntoshes like to host parties, and their backyard has served as the party place for their many dinner gatherings and barbecues. Teak furniture made of upcycled oxen carts from Thailand and Myanmar, and a fire pit for s’mores making, are the designated areas for gathering together with family and friends. “[The backyard] is nice and cool in the summer, and nice and warm at the fire pit during the winter,” Steve adds.

Inside, traditional details abound that add charm and character: original oak floors, a bead board ceiling, crown molding, plastered walls, glass antique doorknobs and a large bay window at the front of the home. Interior walls are washed with earth tones such as tan, cream, taupe, blue and green, which, combined with distressed pine wood dining and coffee tables that Steve made, create a cozy seaside cottage feel. The family’s eclectic art collection includes paintings from David

Cook’s “Train” series, a Maria Bertran painting of a woman napping on a tropical island and an intricate inlaid wood Intarsia art piece from Italy.

While the McIntosh home’s interior has a relaxed vibe year-round, the front yard captures plenty of attention around the holidays. The McIntoshes are well known in the neighborhood for their Halloween decorations with homemade props, including projections of flying ghosts and corpses in the front yard. “We really do it up here,” Steve says. “Now, I’ve got my daughter getting into it.” 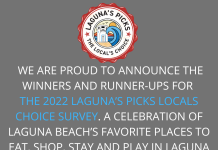 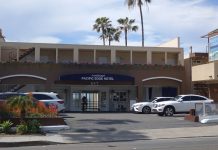 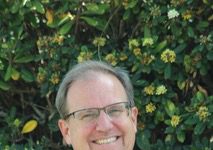