It’s the end of the year. It’s a time to reflect on the big stories, and then make resolutions to never look at the Peloton bike story next year. It’s a piece that goes nowhere. Well, without the help of an expert panel, I picked the biggest story of the year. Drumroll, please…and the story of the year goes to the bride left at the altar, who decided to go forward by marrying herself.

There wasn’t a dry eye in the church when the minister asked, “Do you take yourself in good times and bad times (like now) until death do you part?” Bride answers, “I do.” Minister concludes, “I pronounce you wife. You may kiss yourself.”

It was an awkward ceremony. The bridesmaids had to stand in for groomsmen, who had skedaddled with the husband to (never) be. The first challenge was seating guests. The new script asked, “Are you a friend of the bride or a friend of the bride?” Of course, everyone was a friend of the bride and got directed to the same side of the church. It was filled to capacity quickly. Those left without a seat refused to sit on the groom’s side. Nobody wanted to be viewed as supporting the runaway groom.

When the wedding march began and the guests stood, those unseated guests quickly snuck in to sit down on the bride’s side. Then the bride reached the altar, the music stopped and the minister directed everyone to sit. The standees were shocked to have other guests to sit on. While a few cried out in alarm, most settled in to rejoice in unanticipated lap dances. 23 marriage proposals happened before the bride said “I do.”

At the reception the bride made a toast to herself and explained to guests the importance of self-love. It is most important to love yourself first before falling in love with someone else who can never love you as much as you love yourself. An inebriated guest blubbered, “And the best part was you didn’t have to sign a prenup.” The bride shot back, “Oh, but I did sign a prenup. There are three of me and I didn’t want the other two to get anything.”

Crantz tells the Indy that the second best story of the year was when Crantz was named the “Sexiest Man of the Year” in the American Blind Association newsletter. 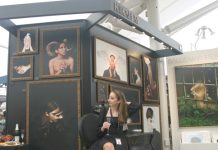 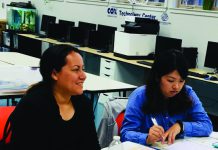