For the first time ever, the players, managers and coaches from Laguna Beach High School’s league-winning championship football teams over 75 years have all been invited to attend the 2010 homecoming game on Oct. 22 to be honored during a special pre-game ceremony.

The seed of inspiration was planted by school principal Don Austin and recently retired teacher and former football coach Walt Hamera. With the help of Dave McDonnell, the newest board member of the Laguna Beach High School Alumni Association, it took root and drew in enthusiastic supporters along the way.

Austin, a staunch advocate for honoring the school’s past, credits Hamera with spearheading the effort. Such reunions serve to instill pride in current students about the school’s past achievements, but also give former students the chance to reconnect with each other and the current school staff, Austin said.

“It’s a nice way to honor these guys,” said Hamera, who coached football and taught English and math at the high school until his retirement last June. “I got the ball rolling and people pitched in. It’s been a group effort.”

McDonnell is working to organize the ceremony to honor the league champions, but is also intent on modernizing communication for the alumni association with better contact records and a more user-friendly web site. McDonnell was a member of 1968’s winning team. Fittingly, his mother Iryss, class of ’42, was a cheerleader and a homecoming queen.

In fact, the effort of gathering past team members has already renewed old bonds. “The camaraderie is palpable even now, weeks before the big event!” said Heidi Winegard, the LBHS Alumni Association secretary, the recipient of calls and e-mails from alumni football players. Winegard, class of 1970, was herself a “proud cheerleader” for the 1968 team.

Despite the Internet age, getting lists of old team members, not to mention their present-day contact information, was no easy feat, particularly for the pre-computer generation. Brian Bagley, who played on the 1968 winning team, stepped up to the task when his former coach, Norm Borucki, contacted him in August, to enlist his help in contacting former teammates.

Bagley not only agreed to help with his own team, but took the lead in contacting players and coaches from the pre-1968 teams as well. He realized they lacked a local advocate and didn’t want anyone to miss out because no one had managed to contact them.

There’s no list, online or otherwise, for the school’s former football players. Old-fashioned research at the high school’s library and the Laguna Beach Library was Bagley’s starting point. Using yearbooks, he found the names of players in photo captions and then started calling players who still lived locally and were listed. They in turn put him in touch with others, and so on.

He relished speaking to the daughter of Doc Blacketer, 93, of Oregon, and a player on the 1936 football team. She promised to bring her father to the game. Conversing with former students now in their late 70s and early 80s gave Bagley a sense of their shared common bond. “The history goes back a long way and Laguna has always had a special magic about it,” he said. “I keep hearing it reverberated in conversations with people of all ages.”

Thanks to the efforts of McDonnell, Bagley, Hamera and many others, all but the 1947 team will have at least one representative attending the homecoming event, in addition to a number of coaches and managers.

The 1968 team will field the largest group at 13, in addition to two team managers and four coaches including Ed Bowen, Norm Borucki, Darrell McKibben, and a stand in for Hal Atkins. And nine players from the 1959 team have pledged to attend so far, along with two coaches and a stand in for Coach Dugger.

No players from the 2006 and 2009 teams have yet responded, though some members of the 2009 team are still in school and will be playing in the homecoming game.

“We had a lot of fun back in those days,” admitted William “Winkie” Gregg, who was left tackle and all-league for the undefeated 1946 team. At 81, he stays in shape by walking and lifting weights. At least one of Gregg’s teammates, Dennis Jacobsen, will attend as well.

“The part I’m looking forward to the most is sitting back and watching these guys see each other again,” Austin said. He hopes the fervor for these special alumni reunions will spill over elsewhere in the school, to other sports and departments.

All team members, coaches and managers for the league champion football teams will be admitted to the Oct. 22 homecoming celebration free of charge, receiving a commemorative brochure and t-shirt and introduction on the field about 6:35 p.m. prior to the 7 p.m. start of the game.

The fun won’t end with the buzzer. “In typical Laguna fashion, we all will be continuing the celebration at the Sandpiper after the homecoming game on Friday night,” said Winegard. “This homecoming event is the kind of stuff that keeps Laguna Beach ‘small town’ special.” 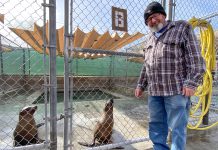