By Meghann M. Cuniff, Special to the Independent

A Laguna Beach school board member has been excluded from a new subcommittee created to hear personnel and litigation matters after the school district’s lawyer said she’d been leaking confidential information. 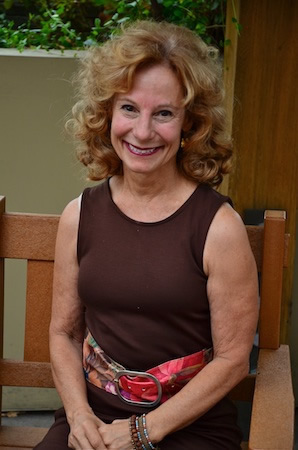 Calling the move “shameful,” Dee Perry denied breaching confidentiality and accused her colleagues of disfranchising her constituents by ostracizing her from “some of the most impactful areas of our job.”

“This is harming the citizens of Laguna Beach,” said Perry, who taught in Laguna Beach schools for 35 years.

The board on June 11 voted 4-1 (Perry opposed) to create the subcommittee at the recommendation of school district attorney Mark Bresee, who said staff alerted him to a confidentiality breach involving a board member “where there was concern about confidentiality issues previously.”

According to the subcommittee proposal, school district officials were searching for emails that could be responsive to a public records request when they discovered Perry had forwarded a message they believe contained information that’s confidential under attorney-client privilege laws, as well as confidential information from a closed meeting.

Further searches “revealed numerous other instances of member Perry forwarding emails from her district email account to a personal email account, which raises concerns about other potential confidentiality breaches,” according to the proposal.

Breese told the board he has an ethical obligation to address the “unusual” but not unheard of issue.

“What you are doing is wrong on so many levels,” Perry said. “I have never disclosed any confidential information.”

Perry said the accusation is not only false, it’s revengeful.

“I really thought we were all trying to work out our differences,” she said.

The April 17 message was from Bresee to Perry and “threatened litigation” against her over her comments to journalists about parents fearing retaliation from administrators. Perry said she saw the email “as a threat to the district and me personally, and my family.”

“I don’t agree that the same April 17 email was subject to attorney-client privilege,” Perry said.

The new subcommittee is not required to consider all personnel and potential litigation issues. Rather, it will consider them only on a case-by-case basis and if the board desires. The subcommittee is authorized for one year.

“It could be that this committee is created, and nothing is ever sent to the committee,” Bresee said.

It’s the latest dustup in Perry’s strained relationship with her colleagues, who in December bypassed her for school board president despite board rules that indicated it was her turn.

Terri Meisberger, a Laguna Beach resident and parent, told board members the presidential scandal and the new subcommittee are part of “a continual pattern of trying to silence board member Perry.”

“I urge you to not silence one of your members of your team, and I urge you to look up the definition of a team and try to play by the rules of a team, because this isn’t teamwork,” Meisberger said.

Just before the vote, Normandin pressed Perry on her claim the email wasn’t confidential.

Perry said the letter “was a threatening letter to me and my family.”

Without releasing the letter, she said she sought advice from “someone very respected in Sacramento” who told her “it was absolutely not confidential.” Another legal expert “totally agreed,” Perry said.

“Just because someone writes ‘confidential’ on the top, that does not mean that’s confidential,” Perry said.

“I didn’t cover anything up. It’s not a secret. I forwarded it to someone who could help me,” she said.

Normandin remained dubious, and emphasized the potential litigation was confidential to the board as a client of Bresee, “not you individually.”

Audience members shouted at the board to stop. Vickers defended the discussion. Resident Sheri Morgan, speaking from the audience, called it “an interrogation.”

Normandin continued: “When our attorney sends something to us and says it’s confidential, the board as whole has to determine if we don’t think that’s confidential.”

Perry said she felt she personally needed legal advice. “I was afraid,” she said.

Bresee said he believes the email, which contained legal opinions, is lawfully confidential, and said he’s “not the only one who holds that opinion.”

Vickers emphasized the importance of the issue.

“It’s a huge deal, this being a public official,” Vickers said, calling the email “informative” and not threatening.

“Confidentiality is a really important part of this job. We deal with a lot of private issues, with students, personnel. When we get emails that are all caps ‘attorney-client privilege,’ I truly respect that, and I would hope that every board member would,” Wolff said.