Veteran coach Bill Rolfing, who completed his 13th season with the best record in the sport’s 36-year history at at Laguna Beach High School, will not be returning to guide the girl’s soccer program.

Rolfing, a former pro player and longtime local realtor, also once served as Laguna’s boys coach going 46-30-20 in five seasons from 1979-1983. His 1980 squad was Laguna’s first entry into the playoffs after finishing third in the South Coast League and advanced to the 2A semifinals.

Athletic department director Lance Neal, who has responsibility for hiring the mostly walk-on coaches in 24 sports played at the school, referred inquires about Rolfing’s departure to district spokeswoman Leisa Winston. Winston said Rolfing was released from his coaching position and declined any further comment.

In an email letter sent to current and former players as well as school board members, Rolfing suggested the personnel change emerged out of discord with Neal, who was hired last September.

“To me, it has been about the athletes each and every day, not the coaches, not the parents, not the administration, not the district and not the influences from outside clubs,” Rolfing wrote. “The rewards come from hard work, dedication, sacrifice and committing to your school team’s plan for achievement. There is plenty of blood, sweat and tears, but in the end arrives the enjoyment of entering the arena, reaching new personal heights and sharing that experience with life-long teammates,” said Rolfing, who expressed gratitude to his fans among the soccer coaching staff over the past dozen years, which included 10 former players.

“To the players, thank you for enriching my life and it has been my pleasure to guide each of you to this extraordinary level of success. It has been all about you.” 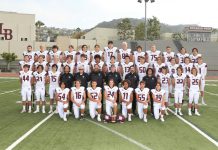 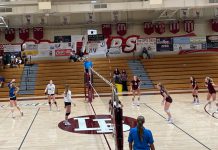