By Christine Carpenter, Special to the Independent

Carissa Scivers, already 21, counts down the days until she can live independently. For her, the excitement of packing up belongings and saying goodbyes to her family will mark the real beginning of adulthood.

Her rite of passage is special by several measures. Scivers is among the very first soon-to-be residents of Laguna Beach’s Glennwood House, a residential facility for developmentally disabled young adults that expects to open this week after years in development.

For her, it is also the first move outside her childhood home in San Juan Capistrano, and documenting her journey was a gift to be apart of.

Though young and exuberant, Scivers needs some assistance due to her cerebral palsy, a neurological disorder that affects muscle movement. Glennwood is ideal for fostering and building Carissa’s independence, says her mother, Paula, because “the staff allows her to start doing more on her own, instead of the co-dependency the family feels they have established.”

“Carissa’s very high functioning. Her needs are really just physical, her legs are most affected,” says her mother.

“When she’s not in her scooter, she’s walking around in her walker, which she uses when she isn’t traveling long distances.” Living in Glennwood will allow her daughter to live semi-independently and yet have the help she needs.

“I’m excited to meet new people and start to have a good career and set goals for myself,” said Sciver. Those include exploring Laguna Beach, shopping, going to the movies and socializing with new friends as well as continuing to attend classes at Saddleback College in Mission Viejo.

Glennwood’s top administrators, Shauna Bogert and Stacie Enmeier, have hired a staff trained in health care and social work to tend to the needs of the 50 residents anticipated. The average age is 25, though the age range is from 18 to 49. Disorders range from Asperger’s syndrome, Down syndrome, autism and cerebral palsy, said Glennwood’s medical care coordinator, Brenda Tredway.

Administrators aim to strengthen independence among residents – some of whom, like Sciver, are moving out of their parents’ home for the first time — by giving them the opportunity to learn and develop life skills such as self-care, meal planning, grocery shopping, money management, and apartment housekeeping.

Rent for residents includes three meals per day and costs $1,900 a month for a shared room, and $2,500 for a “single.” All rooms are equipped with Internet and cable television access.

“We offer the supportive independence for individuals with developmental disabilities an opportunity to be apart of the community within the community,” said executive director Shauna Bogert, who believes Glennwood is one of the first facilities of its kind in the state. Financial planner Randy Larson, of Laguna Niguel, established the Glennwood Housing Foundation in 2009 to provide affordable local group housing for developmentally disabled adults. His son will also be one of the first to move in.

After vigorous fundraising, the former assisted living home purchased for $6.5 million underwent a more than $1 million rehab over the last year to comply with state licensing regulations as well as to upgrade its appearance. Now, the freshened living, dining, kitchen, recreational and social spaces evoke a serene, inviting environment with ocean views. A fulltime activity coordinator aims to keep residents engaged, with offerings ranging from music and art lessons, walks to town, gardening and cooking classes or even playing Wii.

Another way administrators intend to enhance the quality of residents’ lives is with three service dogs, which will live on the grounds to create a more home like environment.

Like other young adults moving into their first apartment or dorm, Sciver talks excitedly about room decorating, selecting furniture, bedding and paint.

Her mother, though, sees Glennwood as a way to fulfill her daughter’s dream for self-reliance. “They like to think of it as ‘invisible help’ to pretend as if they’re not really there, only there when you really need them to be,” said Paula Sciver.

It’s this home, and this “invisible help” that makes Glennwood a special place. 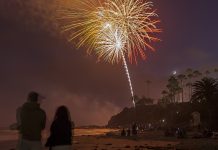