She was the only child of George Nash and Mildred Haynes and was born on May 31, 1936, in Bassett, Va. Throughout her life, Anne was known for her Southern hospitality, her gift of friendship, and her devotion to service.

Haynes earned a bachelor of arts degree from Bridgewater College, Va., in 1957, a master’s degree in community clinical psychology at California State University at Long Beach and a Ph.D in psychology from the University of California, Irvine. In 1993, she participated in a post-doctoral seminar on developmental and gender issues at the C.G. Jung Institute in Zurich, Switzerland.

Dr. Price was a licensed marriage and family therapist who found many opportunities to share her skills and training with others. Early in her career she served on the staffs of the La Verne Church of the Brethren as Christian education director, and as the dean of women at La Verne College. She practiced with Saddleback Pediatric Medical Group, now in Mission Viejo, for 15 years as an adjunct psychotherapist in parenting, learning disability evaluations and primary intervention. She also volunteered for many years providing leadership in training and childcare response for The Church of the Brethren’s children’s disaster services, which became the official program in the United States to care for children when the Red Cross and FEMA set up disaster relief centers. One of her most significant cases involved working with the children of 9/11 as a critical incident responder.

In 2006, Dr. Price was presented the West-Whitelow Award from the Bridgewater College Alumni Association acknowledging her tireless dedication and commitment to humanity.

Price is survived by her husband of two years, Earle Fike, Jr.;her two sons Doug and Mike Price; and six grandsons. Doug and his wife Kerri, and their sons, Davis, Evan and Trevor, all former Laguna Beach residents, now live in Evergreen, Colo. Doug is in the Air Force Reserves and is a pilot for United Airlines. Mike and his wife Marcia and their sons, Sean, Gavin and Alex, live in Thousand Oaks.  Mike is a financial planner. 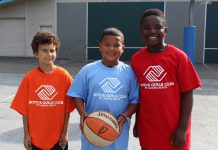 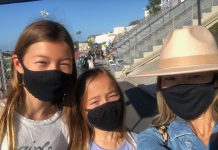 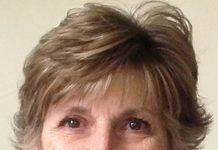