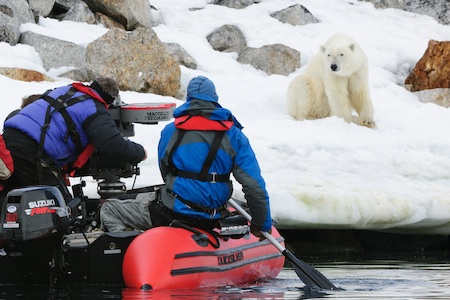 The film won for short subject and lifelong learning. Voted on by the group’s nearly 300 members, the awards honor the 2012 best films produced for the giant-screen industry. “To The Arctic,” part of MacGillivray Freeman Films’ One World One Ocean environmental awareness campaign, takes audiences on a never-before-experienced journey into the lives of a mother polar bear and her twin seven-month-old cubs as they navigate the changing Arctic wilderness they call home. It is narrated by Oscar winner Meryl Streep and includes songs by Paul McCartney.

The film has grossed $9.7 million in ticket sales since its April 20 release.