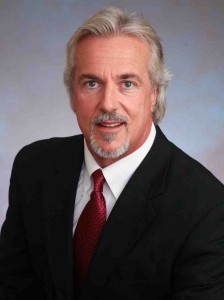 This column is the second of a series about the candidates for the 74th Assembly District.    Just before the filing deadline in mid-February, Bob Rush registered as a Democrat and entered the race. Aside from being firmly pro-choice, Rush had been a political “undeclared” for most of his life.

That began to change after he bought a duplex on River Avenue in West Newport in 2001 and poured “every nickel I had into it.” The house, he says, was an essential part of his retirement plan. But as drug and alcohol rehabilitation homes began proliferating in the neighborhood – he counted 14 on his street at one point – Rush saw housing values decline. That got him involved in Newport Beach politics, and that, he says, “made me an activist.”

Professionally, Rush has worked internationally as a CPA and later in commercial real estate at Pacific Life and with his own firm, US Realty Group of Newport Beach. He holds a bachelor’s degree in accounting and economics from Upsala College in New Jersey, his native state.

We met recently in Corona del Mar to talk about the three issues I discussed earlier with one of the Republican candidates, Leslie Daigle.

The Environment: “I do not support San Onofre’s reopening until the safety issues are adequately addressed. The fact we have had cracks appear without an easily recognizable cause, along with a problematic safety record, gives me great concern.  Water quality: Federal funding for the testing of coastal waters ends in 2013. We must persuade the feds to continue such funding or quickly identify alternatives, as the health of the district’s tourism is at stake. I’d also push for a stronger partnership between the coastal and watershed cities. We’re still getting residues…from pesticides and other contaminants, including heavy metals, in Newport Harbor. We’re better than we have been in years past, but I cringe when I see people swimming in the bay. John Wayne Airport is a critical issue of air and noise pollution. I support extending the date of the current agreement, as it’s the simplest answer to solve a major quality of life issue.”

Education: Rush wants to move toward decentralizing Sacramento’s control. “I’d like to see the Department of Education in Sacramento focus on best practices and allow our local school districts to have more control and money in the classroom. … The most crucial need is to get more school days for students and more support for teachers. In our current budget crisis, it seems to me that children in the school system, in lower income families, and seniors – those who can least afford it – are the ones hurt most by budget cuts.”

Rush picks up his iPad to illustrate his next point:  “Who could’ve envisioned our current environment?  Our economy has changed and we need to recognize that we’ve passed the heavy industrial era. We used to stress the three Rs (reading, ‘riting, and ‘rithmetic), but there’s a newer model, which includes the four C’s (collaboration, communication, creativity, and critical thinking). The new emphasis is on the collaborative impact of influences and people. Dynamic innovation is stimulated by a diverse curriculum that was once viewed as superfluous. We should promote creative course work (music, the arts, etc.) as well as sports, as these are [the] sparks that launch people’s imaginations to excel. That is reflected in much of today’s technological advances. If we cut these things short, we will stagnate as an economy and as a state.”

Pension Fund Reform: Rush calls it “an absolutely critical issue. A resolution cannot happen unless we all approach a common long-term, and I stress long-term, plan where everyone participates in the outcome – both the benefit and the sacrifice. Public pension liabilities have grown to a point where agency budgets will soon be largely dedicated to paying off these debts. The problem has been building for years in that pension debts never showed up on the records that cities used to make decisions. New accounting rules are expected go into effect nationwide that will change this by requiring such debt to be in financial statements versus the footnotes. But by then, a lot of cities, counties, and the state will be spending $1 out of every $3 on pensions. Failure to reform our present pension practices will mean dramatically reduced government services and massive layoffs.”

As assemblyman Rush would draw upon his background as an accountant.

“Financial matters can be very complex and I pride myself on paying attention to details. An example I like to use is that I’m one of the few people who actually has audited and can explain the commodities trading cycle: how we gather these grains, metals or other items from producers to ultimately trading them, in paper form, on the floor of international exchanges.”

All three candidates for the 74th Assembly District describe themselves as fiscal conservatives.  Rush closed by offering his definition of the term: “Balancing budgets through efficiency and finding ways to do more with less. Tax cuts where possible, raising taxes when needed along with making spending cuts.”