Laguna Beach resident Bob Whalen, an attorney and active community volunteer, officially announced his candidacy for Laguna Beach City Council earlier this week, throwing his hat in the ring with three other candidates so far who will compete for the two open slots on the council in November.

Incumbent council member and mayor pro tem Verna Rollinger, whose term expires at the end of this year, was the first to launch her re-election campaign with a fundraiser last September. Former council member and mayor Steve Dicterow, who ended three consecutive terms in office when he dropped out of the 2006 race, added his name to the roster a week later. And Mayor Jane Egly, the other incumbent whose term expires at the end of the year, also signaled her intent to run at that time.

When asked last October to confirm rumors that he might join the council race, Whalen admitted to considering it, but said his final decision would be forthcoming. Now we have it.

Whalen, who practices law in the Newport Beach office of Stradling, Yocca, Carlson & Rauth, is no stranger to civic duty. The 27-year Laguna Beach resident currently serves as a Laguna Beach city planning commissioner and is immediate past board president of the Boys & Girls Club. He previously served as president of SchoolPower and of Laguna Beach Little League and served on the board of AYSO. He was also formerly elected to Laguna’s school board, which he served for 10 years.

“I am excited by the opportunity to run for City Council and believe that my community volunteer work, my career as a public finance lawyer, and my prior experience as a twice elected School Board member provide me with the knowledge, skill, and expertise to be an effective councilmember,” said Whalen in the written statement announcing his candidacy. 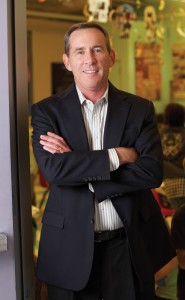