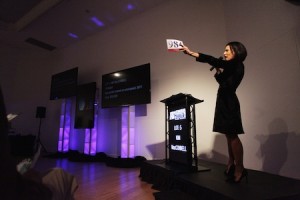 Based on preliminary numbers, the museum expects to net $175,000, better than its anticipated $120,000 goal and an improvement from similar auctions held in the two previous years, according to a statement. 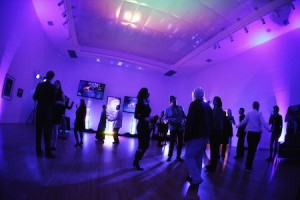 Eighteen of the 115 works sold at or above value, and all 20 items in the live auction sold, which has not been the case in recent years. Thirty-nine artists (the most in recent years) chose to donate 100 percent of the proceeds to the museum, versus the option of donating 70 percent, according to a museum statement.

The top item sold in the silent auction was “185. Street Flower” by Jeff Koegel which sold for $8,050. Seventy-six percent of the works sold (compared to 70 % in 2012), and the remaining pieces are available on the museum’s website through Sunday, Feb. 17. 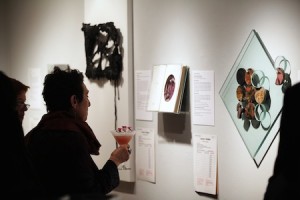 About 450 people attended, including 45 of the 113 featured artists. Guests enjoyed a sampling of gastropub fare from Nirvana Grille, Broadway by Amar Santana, Romeo Cucina, Tamarind of London, and Katsuya; beverages from the Wine Gallery; and live art performances by Mimi Yoon and John Park.

The event was organized by Sara Heeschen, Michele Monda, and Sarah Thorne-Markman with the help of Jennifer Karam, Elizabeth Kramer, Deborah Lake, and Director of Special Events Sarah Strozza. 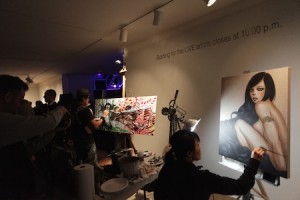