McDonald was a professor of drama at UC Irvine until 2004. He earned his Ph.D. from Stanford, his master’s in fine arts from the Yale School of Drama and his bachelor of arts from the University of Notre Dame.

During his career, he was the founding director of the Humanities Research Institute for the UC system, collaborated with Murray Krieger in the School of Criticism and Theory, directed plays, served as editor of Theatre Journal and was instrumental in bringing prominent international scholars, such as Jerzy Grotowski and Robert Weimann, to campus.

He was also very instrumental in establishing the joint doctoral program in drama and theater at the UCI Department of Drama and UC San Diego Department of Theatre.

McDonald was born in Pittsburgh, Pa., to David J. McDonald, a former president of the steel worker’s union (1960’s) and Emily Price McDonald.

McDonald leaves behind his wife, Maura; two sons, Sean, a book publisher in New York, and Charlie, a middle school math teacher and coach in Santa Ana; and three grandchildren.

The family will hold a private memorial service where his ashes will be spread in the Pacific Ocean, per his wishes. 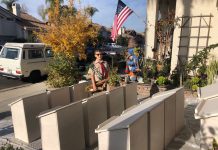