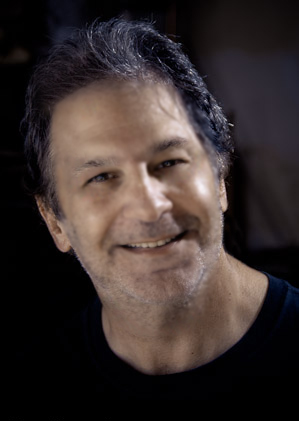 The gun lobby would have us think that last week’s tragedy in Aurora, Colo., was an aberration. Just another crazed criminal that putting controls on guns will not solve. After all, these kinds of lunatics will stop at nothing to do their evil.  Unfortunately, gun crimes like Aurora that make national news are so out-of-the-ordinary most people buy into that argument. But should we?

As the argument goes, if the gunman in Aurora didn’t have guns, he would have chosen some other means of mass killing. Really? Here was a guy armed with 6,000 rounds of ammo and protective gear. He chose guns to make some twisted point. And with all that protective gear, this guy was unwilling to go the way of a suicide bomber. No, this guy wanted to kill with guns and stick around for the aftermath.

But maybe what he really wanted was not just wanton murder, but the power to murder. Society has shown its ineptitude at allowing him and others before him get away with murder. Gun interests like the NRA want us to believe that this act by a lone crazed gunmen could not be foreseen, and thus could not have been prevented, so society is off the hook. We can all breathe easier. It’s not our fault.

But the truth is more complex. Like any follower of detective stories knows, murder is a two-part equation: motive and opportunity. In the case of gun murder, whether a homicide from one gun or carnage like Aurora, the calculus is the same. Take away the lunatic or the criminal and you take away gun murder. That goes to motive.

While the NRA and other gun advocates claim that “guns don’t kill people, people kill people,” they conveniently leave out the critical element of the murder equation: opportunity.  If the opportunity does not exist to commit the murder, then no murder will occur. If a criminal or a madman is locked away, there simply will not be crime.  And that goes to firearms as well because the proliferation of guns and ammo in America makes it easy to commit crime.  And ease of crime goes to opportunity. Guns don’t kill people, people with guns kill people.

According to the federal Centers for Disease Control and Prevention, there are about 30,000 gun homicides annually. That figure is not an aberration. It is an epidemic.

“Homicide rates tend to be related to firearm ownership levels. Everything else being equal, a reduction in the percentage of households owning firearms should occasion a drop in the homicide rate,” a 1998 CDC study concluded.

But it appears that our politicians who are charged with providing public policy solutions don’t care to provide any real solutions. Mike Huckabee, former Arkansas governor and Fox talk show host, opined last week about the Aurora incident, “We don’t have a crime problem, or a gun problem, or even a violence problem.

“What we have is a sin problem.  And since we’ve ordered God out of our schools and communities . . .  you know we really shouldn’t act so surprised when all hell breaks loose.”

In 2008, following six incidents where three or more people were gunned down, U.S. Senator Kay Bailey Hutchinson of Texas, a staunch advocate of the NRA told ABC News, “I . . .  have to step back and say that maybe if these people had their own weapons to defend themselves, maybe some of these things wouldn’t have happened.”

Is that what we should have told those kids on their summer dates at the movies in Aurora? That they should have packed heat? Would that have saved those kids in the face of the Kevlar-suited madman?

Ultimately nobody on either side is being honest here. Not the NRA, which knows that with more gun safety measures and restrictions there would be less gun violence and less gun murder. Their truth is they don’t care how many get killed by firearms because this is the “price we pay for our freedom” so the gun minority can have unlimited access to any gun, weapon or ammunition they want.

But the other side must be honest, too. That unless one’s own child gets killed in a movie theater or is among the 30,000 who die annually from gunfire due to happenstance, they don’t care either. Certainly not enough to force our politicians to change our gun laws. That is the truth, America.  Time we own up to it.