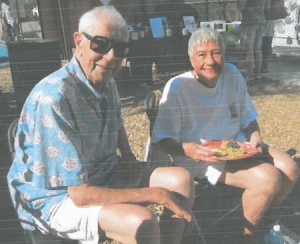 Henri Hellieson had a long and happy life. He had a marvelous deep voice and was a fabulous singer. He sang at several of the church choirs, not to mention any piano bar that was available.

He was a chef for many years, including cooking for former President Richard Nixon at the Western White House in San Clemente. Hellieson came to Laguna Beach in 1958 and had many friends over the years. He and his wife Dee Dee went to his birthplace, Holland, on their honeymoon and shared many good times together.

Henri and Dee Dee had a dear family. Dee Dee’s daughter Jadee and her husband Phill and two lovely grandchildren, Jason and Sarah.

One of Hellieson’s his favorite sayings was “you can tell a Dutchman, but you can’t tell him much”.

He will be missed.