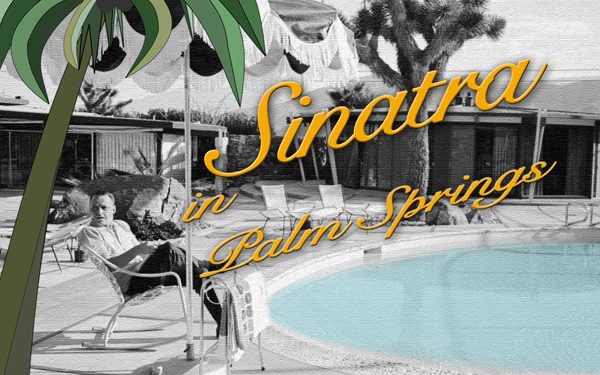 More than 40,000 film fans are expected for the weeklong 19thedition of the Newport Beach Film Festival, which opened this past Thursday, April 27, and runs through May 3.

Nearly 350 films will be screened, from full-length narrative movies to documentaries, shorts and music videos. The programming includes entries from 50 countries and features nightly special events, red carpet galas, seminars with filmmakers and other industry professionals, and a handful of surprises.

Among the world premieres are a handful of documentaries, including “Iconic Vision: John Parkinson, Architect of Los Angeles,” “Three Days of Glory,” “Kiss the Joy: The Story of Joan Lind Van Blom,” and “Chesley Bonestell: A Brush with the Future.”

The festival is known for showcasing Irish cinema and this year is no exception. Programming includes premieres, documentary films, short programs and participation by Irish filmmakers and actors as well as a Sunday night party at Muldoon’s Irish Pub in Fashion Island.

The action sports series returns with films about skateboarding, surfing, snowboarding, skydiving, and other endeavors.

The collegiate showcase includes works from students at seven campues, ranging from USC to Saddleback College.

The festival is renowned for organizing one of the largest shorts program among major film festivals. More than 200 short films will be screened this year, grouped by similar themes. Examples include No Short Answers, Not Short on Romance, Older Not Shorter, Short and Surreal, and Dance in Your Shorts, which focus on movement.

Other series includes films that focus on the environment, music, family and youth film.

Every year the film festival offers retrospective screenings that highlight the anniversaries of important films. This year those screenings include the 65thanniversary screening of the 1953 animated classic “Peter Pan,” produced by Walt Disney.

Because The Duke lived in Newport Beach, the film festival has screened one of his films every year in conjunction with the John Wayne Cancer Foundation.

The festival offers free filmmaking seminars April 28 and 29 in the Community Room of the Newport Beach Civic Center. Highlights include panels on cinematography, screenwriting, animation, music and editing.

The fest closes Thursday, May 3, with “All Square” at the Lido Theatre, followed by a closing night party on the Via Lido Plaza.

Here are a few that caught my eye:

Last year, James Keach’s film “Augie,” about Newport Beach resident Augie Nieto and his battle with ALS, was a hit at the festival. This year, Keach returns with the documentary “Turning Point,” that follows a team of medical researchers on the cusp of a scientific breakthrough that could be the first step toward making Alzheimer’s Disease a distant memory.

“Dirty Laundry” documents the lethal effects of asbestos, a still present health risk that receives little attention. The story follows two cousins as they gather information about mesothelioma, the asbestos related cancer that took the life of their grandmother.

“Social Animals” follows a daredevil photographer, an aspiring model, and a Midwest girl next door, all looking for love, acceptance and fame from their Instagram account. This film examines the digital and real worlds of today’s image-focused teenager, where social media popularity marks success and self-worth.

“The Jazz Ambassadors” follows America’s most influential early jazz artists, including Dizzy Gillespie, Louis Armstrong, Duke Ellington, Benny Goodman and Dave Brubeck, along with their racially-integrated bands, who traveled the globe to perform as cultural ambassadors in the 1950s, and how that recognition boosted the civil rights movement in America.

“Sinatra in Palm Springs – The Place He Called Home” explores Frank Sinatra’s attachment to Palm Springs and the Coachella Valley, his primary home for almost 50 years.

“Lotte that Silhouette Girl” is a short film about Lotte Reiniger, who ignited the world of animation with shadows, light, and a pair of magical scissors. Shot in a clever style that incorporates silhouettes, “Lotte” features narration by Lotte Reiniger, who invented the multiplane camera and created the first animated feature (before Disney took over the animation world). The film screens as part of the Art of a Different Short program at 11 a.m. on Sunday, April 29.

“Sinatra in Palm Springs – The Place He Called Home,” explores the recording star’s attachment to his primary home for almost 50 years.