By Randy Kraft, Special to the Independent

Since developers of the first Montage resort built a luxurious craftsmen-style sandcastle in Laguna Beach in 2003, nearby resorts from Newport Beach to Dana Point have been scrambling to compete.

Other top-rated ocean view luxury hotels have invested in major property upgrades – Surf & Sand and Marriott Laguna Cliffs in 2010 and the Ritz Carlton in 2013 — even as a new rival, Pelican Hill in Newport Beach, opened its doors in 2008, just in time to face the economic downturn.

Now, in response to a stabilizing economy and an expanding tourist base, what might be called the Montage effect seems to be gaining new momentum. A handful of coastal luxury resorts are seeking opportunities to build profitability and market share by increasing room rates and enhancing amenities.

The owners of the St. Regis Monarch Beach, which opened in 2001, are the latest to add a new gleam to their property, updating spaces and finalizing plans to re-launch their day-spa as a Miraval, the first extension of that award-winning resort beyond Tucson, Ariz. At the same time, the Blackstone Group, the largest hotel investment firm in the world, last month announced plans to acquire Strategic Hotels and Resorts’ portfolio of 17 luxury hotels, including the Montage.

As a result, Orange County median room rates in the first half of the year are up as much as 50%, according to Atlas Hospitality Group, a hotel broker based in Irvine. Local rates have increased 7 – 9% in each of the last three years, with the same expected next year, says Peggy Trott, chair of Visit Laguna Beach, the city’s tourism promoter.

Hoteliers intentionally dropped local room rates for several years to maintain occupancy near 80 percent, which Trott claims they have. This compares to occupancy rates in Los Angeles County.

“Hotels are the first to go down, but unlike other real estate, the first to rebound,” says Alan Reay, Atlas Group president. “Room rates fell precipitously during the recession years, with luxury resorts down 40 – 60%, and now that segment is poised for growth.”

The sunny southern coast has long been a year-round destination, but now lures guests arriving from different shores.

Ed Fuller, president of the OC Visitors Association, points to the influx of the international traveler as the primary growth engine, which bodes well for a return-on-investment by companies like Blackstone.

“We see 4 million international visitors yearly now, with an increasing proportion of tourists from China and the Middle East,” says Fuller. “These are frequently individual travelers, versus groups or meetings.”

“China has now surpassed Canada as the No. 1 source of visitors to California,” says Reay.

On one recent weekend, a large contingent of Indian guests at the St. Regis were dressed for a wedding, Asians predominated the lobby and deck bars at the Ritz Carlton, and a walk along the pathways of the Montage revealed several Middle Eastern families.

“We’ve always wanted to visit this beautiful place,” said a woman from the United Arab Emirates who declined to give her name.

It is no wonder then that hotel property valuations are also at record highs, up 78% in the first half of 2015, according to Atlas. When the Montage Laguna Beach sold earlier this year to Strategic Partners for the equivalent of $1.4 million per room, it was the highest price ever paid, matching the Waldorf Astoria in New York in 2014. In contrast, Blackstone has acquired its new stable on sale, even at a price tag of $6 billion, an average of $750,000 per room. 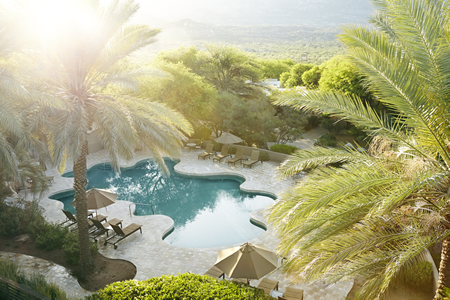 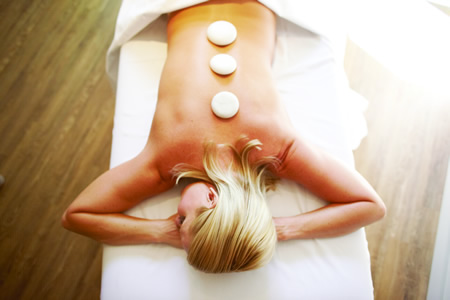 Luxury resorts as a rule “refresh” every four to five years, with 4-5% of revenues designated annually to property maintenance, though Fuller says this varies by property. During hard times, refreshes can be tabled, and during the best of times, profitability may take precedence.

The St. Regis, a frequent site for conferences and events, is banking on the power of the Miraval brand as the final phase of an extensive property renovation.

Miraval is credited for pioneering the destination spa and since 1995 has been consistently top-rated by travel media. Owned by KSL Capital Partners and Revolutionary Places, a newly appointed chief executive, Elizabeth Blair, is putting her stamp on the brand. She struck a deal with ESPA, which operates 450 luxury spas in 50 countries, to expand the Miraval brand through the U.S. and Europe. In this case, the spa and salon will transform into a Miraval at the St. Regis in spring 2016, while the resort will retain its original moniker and identity.

The author is a freelance writer and novelist who formerly covered City Hall for the Indy.

At present, only room renovations at the St. Regis have been completed; the improvements to the lobby and new dining  concepts in addition to the Miravel spa are all to be completed by next spring.