Filled with intrigue and possibly murder most foul, the television film’s plot is set in a modern African-American mega church and based on Shakespeare’s tragedy Hamlet. Titled “Mega Church Murder,” the creation of television writer-producer Kendall Clark and television producer Sean Dwyer, will premiere on the Lifetime cable channel on Saturday, Feb. 7.

A veteran television script writer and producer, Clark determined that the Hollywood lifestyle and raising small children in Laguna Beach were incompatible.

“I remember the 1993 fires when I was in Los Angeles. I left my baby at home and the town burned down,” she recalled.

Clark put her career reading scripts and books and writing viability studies for television producer Norman Lear on a 19-year hold in 1995 after the birth of Grace, her second child. “It was a weird transition from the Hollywood lifestyle to being around babies and a different set of friends. But, looking back, I would not have changed anything,” said Clark.

While embracing fulltime motherhood, Clark, a Laguna Beach High School graduate, immersed herself in the community she grew up in, serving on the PTA and the board of Schoolpower, which raises funds to enrich local public schools. “Her kids weren’t even in school yet, when Kendall became involved,” said Bill Moore, a local resident and Schoolpower board member who worked alongside Clark. “If there was a Hall of Fame for the Laguna Beach school district, she should definitely be in it,” Moore said.

More recently Clark decided her brood of four children — two in college, one about to graduate high school and the youngest, 13, and still in middle school — could spare mom enough for her to return to writing and producing.

To that end she teamed up with an old friend and executive producer of Poke Prod Productions. “We met 20 years ago when we were working on ‘The Powers That Be,’ a Norman Lear show,” recalled Dwyer, who kept in touch with Clark as she transformed into a stay at home mom and more recently asked her to write “Mega Church Murder.”

Darin Scott directed the film with a predominantly African-American cast, said Dwyer, who, like Clark, is white, but professes a familiarity with black culture because of multi-racial family connections. “We based the story on Hamlet, but Kendall and I discussed what would comprise a kingdom now and came up with the church setting,” he said. “We felt that an African-American church would offer the greatest connection to America at large for us: there is the music, the passion, the diverse constituency,” he added.

“We did not address race overtly,” said Clark, who mentioned that she and Dwyer also considered but rejected an alternate high school football setting.

The collaborators pitched the script last year and began shooting in April. “We finished it on Mother’s Day and it will open on my 50th birthday,” said Clark, once an aspiring actress who ultimately found she was better suited to creative pursuits behind the scenes. She met her husband Chris on an American Airlines flight where she worked as a flight attendant.

The scripts are not based on direct personal experiences but on research and events filling the news, Clark said. “Lifetime loves female-based and mother-daughter stories and for me it’s easy to write in the voice of a mother.” 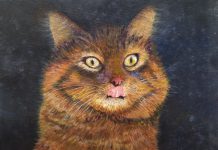