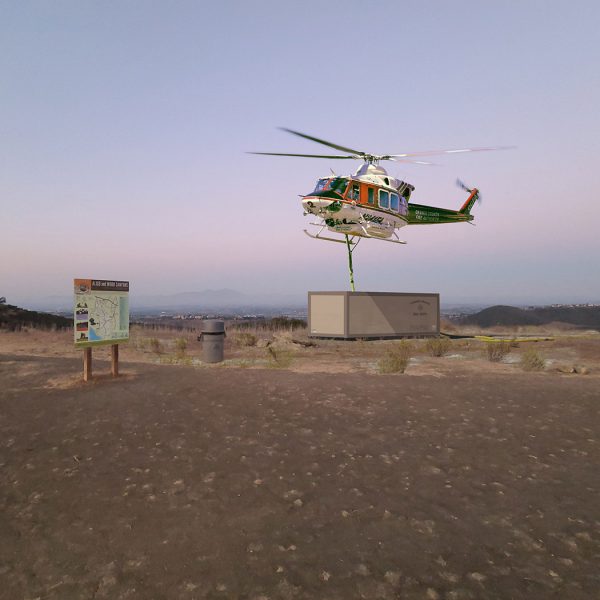 Despite the obstacles of 2020, The City of Laguna Beach got a lot done. The largest obstacle, COVID-19, took up most of the city’s energy as it responded quickly and effectively with closures, economic recovery plans, public safety modifications, as well as community development and capital improvements.

To help get information to residents, a Community Newsletter was established to provide daily COVID-19 updates and information via text and email. This was later converted to a weekly newsletter.

Public Safety employees continued services to the community throughout the pandemic with personal protection equipment and safety protocols. Safety modifications to City Hall were made to continue service, which included the installation of plexiglass, distancing floor markers, greeters, entrance health screening, and implementation of COVID-19 safety protocols for city employees. Community Development modified its operations to ensure that it could continue conducting business with the closure of City Hall during the pandemic.

City business continued with the development of Zoom/virtual meetings to allow City Council, Planning Commission, Design Review and other Boards and Commissions to continue meeting.

The Public Works and Police Departments implemented a Mask Advisor Program to encourage use of face coverings while in public. To date, the Mask Advisors have contacted 38,091 citizens and distributed 21,292 free face masks. The City also participated in the OC Mayor’s Mask Public Service Announcement.

The City maintained fiscal stability by avoiding layoffs and limiting furloughs while most labor associations postponed raises. City reserves were managed, there were decisive budget reductions in April and a FY 2020-21 budget in June was prepared and adopted.

The City’s arts organization were active with alternative arts programming initiated, including Band on the Bus, a performance stage at Forest, artist exhibitions at the Promenade on Forest, an online Beatles sing-along, children’s coloring book and workshop, virtual public art dedications and gallery exhibits.

On Dec. 22, the City launched Laguna Beach Cares, approving $1.4 million dollars of aid from City reserves to help residents, restaurants, retailers and arts organizations. Training programs are also being established to assist the community with accessing aid from federal, state, county, and City resources. Urgency measures were taken, including an ordinance protecting residents and businesses from evictions and approved deferral of Transient Occupancy Tax.

Early in the pandemic, the city approved a plan that included the creation of The Promenade on Forest, an outdoor dining and retail display area on lower Forest Ave. in partnership with the Chamber of Commerce; The Community Development Department authorized Temporary Use Permits allowing outdoor dining, parklets, and activities and grant programs for local businesses totaling $100,000 were distributed to Laguna Beach residents and businesses in response to the pandemic in partnership with Supervisor Lisa Bartlett’s office.

Addressing public safety, a wildfire mitigation and fire safety plan was implemented, including the installation of a helicopter water refilling tank along the Fire Road, an outdoor warning system and a study of evacuation times for neighborhoods.

For the second year in a row, overall crime in Laguna Beach decreased in 2019 (reported in 2020). The Police Department issued over 2,236 Loud Noise/Speeding Enforcement Citations in response to community concerns, the City and LBUSD added a second school resource police officer to the District and the City entered into a partnership with “Ring,” which grants potential access to homeowners’ camera footage to assist police investigators and protect homes from criminals, intruders and thieves.

Marine Safety received a motorized beach wheelchair which was purchased by donated funds and is available during operational hours at the lifeguard headquarters; produced a video version of the Surfer Awareness in Lifesaving Training (SALT) to provide education for the community and converted the Seasonal Ocean Lifeguard Academy and Recurrent Training into a virtual format to follow the Center for Disease Control’s guidelines while maintaining regional and national training standards.

Facilities and capital improvements included the Village Entrance Project, which was completed in May 2020 after more than 30 years of debate. Over the last two decades, the project included relocating numerous maintenance functions and City staff workspaces, and the sale and acquisition of several properties.

Utility Undergrounding Programs completed include Construction of Assessment District 2014-1 (Crestview Drive); poles and wires were removed in May 2020. Also, two undergrounding districts were formed to complete undergrounding along the remaining overhead portions of Coast Highway between Cajon Street and Agate Street and along Bluebird Canyon Drive between Cress Street and Saling Way.

The City completed design and construction of the following projects to improve City facilities and local infrastructure: Repaired and resealed 28 streets in the Woods Cove neighborhood;

Transit and parking issues were addressed with less cars on the road. The City worked to enhance the Laguna Beach Trolley App to provide more accurate predictive arrival, schedules, better tracking of vehicles, and posted detours and delays, installed nearly 600 additional parking guidance sensors at metered parking spaces (the Laguna Beach Parking App has been downloaded more than 25,000 times) and approved a multi-year, multi-phase parking rate structure and issued a Coastal Development permit for it. The City also worked with OCTA to become eligible for Senior Mobility Program funding, which will provide $35,000 in additional funding each year to help support senior transportation through Sally’s Fund. 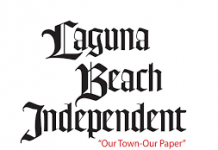