Laguna’s Judie Mancuso, founder and president of Social Compassion in Legislation, was thanked by California Assembly member Patrick O’Donnell upon the passage of AB 485, which bans the sale of mill-bred dogs, cats and rabbits in pet stores. California is the first state in the country to enact a policy of this kind, which will eliminate the trafficking of mill-bred animals into California pet stores.

“This is an exciting day for pets in California,” O’Donnell said. “I am very grateful for the strong support we received from animal-lovers across the state and from Social Compassion in Legislation, the bill’s sponsor. This is a big win for our four-legged friends, of course, but also for California taxpayers who spend more than $250 million annually to house and euthanize animals in our shelters.”

“When we began the effort to sponsor legislation to codify these local ordinances into state law, many people said it couldn’t be done and the timing was not right,” Mancuso said. “But what we found was not only was the timing right in California, but the timing was also right around the world, as we’ve seen other local jurisdictions and states following suit, including Maryland, as well as the United Kingdom.”

The Mission Hospital Holiday Gala raised more than $2 million – thanks to community members physician partners and gala chairs: Dana and Dr. James Bredenkamp, Barbie and Dr. George Miranda and Drs. Michele Staunton and John Shaver. Guests enjoyed live and silent auctions, including tickets to a Gwen Stefani concert, a trip to Tuscany and Lugano diamonds. To see videos that were shared at the event and photos from the evening, please visit www.mission4health.com/gala.

The Laguna Beach Community Clinic is bringing together an expert panel of speakers to lecture and engage the audience in a discussion on innovations in addiction medicine and treatment on Tuesday, Jan. 15 from 9-11 a.m. at the City Council chambers. Admission is free.

The Woman’s Club of Laguna beach will present a workshop featuring author and Indy columnist Susan McNeal Velasquez from 7-9 p.m. on Thursday, Jan. 17. Velasquez will speak on connecting and communicating with acquaintances with the potential of transforming casual relationships into friendships. The event will take place at the Woman’s Club, 286 St. Ann’s Drive. Admission is free, but those interested are asked to RSVP to www.lbwc.org/events.

“We meet people every week that we would like to know better,” said McNeal Velasquez, “but transforming casual encounters into friendships is a skill that can be learned.”

The public is invited to a conversation and visioning exercise facilitated by George Kinder, internationally-recognized thought leader and father of the financial Life Planning movement.

Inspired by George’s latest book, “A Golden Civilization and the Map of Mindfulness,” these structured conversations represent the beginning of a global grassroots movement, and they are designed to move participants through turmoil by creating a positive vision of civilization’s future and action steps to accomplish it.

After reading stories about the partial government shutdown and the tens of thousands of federal employees facing a grim January, Denny Freidenrich, 70, of Laguna Beach, recently launched a GoFundMe campaign to help.

The government shutdown is affecting 800,000 federal workers. More than 400,000 employees who are considered essential, such as air traffic controllers and homeland security personnel, are on the job without pay. Another 380,000 workers have been furloughed without pay.

Freidenrich admits his fundraising goal is modest. “I want to raise $25,000 to help 100 federal employees lighten their financial load in January. I am hopeful $250 to each recipient will do just that,” he said.

Regardless of one’s political leanings, Freidenrich is encouraging everyone to help those in need.

For more information about the GoFundMe campaign, visit www.gofundme.com/help-furloughed-employees-during-gov039t-shutdown.

The city of Laguna Beach is now accepting applications for the Community Assistance Grant Program for Fiscal Year 2019-2020. The program’s objective is to assist local nonprofit organizations in funding new projects and/or expanding services within the community. Grant recipients in the past have included social service, cultural, sports, senior, and youth organizations.

Celebrity Golf Tournament to Raise Green on the Green

Human Kindness Club, a local nonprofit charity organization dedicated to making a difference by giving to those in need worldwide, recently announced it is hosting the Fairway to Heaven Celebrity Golf Tournament on Friday, Jan. 25, at the Pelican Hill Golf Club in Newport Beach, with proceeds supporting Make a Wish Foundation and Wounded Warrior Project.

After enjoying a day of golf, participants will be treated to evening of inspiring speeches by celebrity guests, a dinner, an awards ceremony with prizes for tournament winners, and a silent auction and raffle.

Participants will be vying to win top prizes that include a million-dollar golf shot giveaway, an all-expense-paid trip for two to the Masters via a putting contest, a $10,000 cash giveaway, and a 2018 Ducati Motorcycle generously donated by Fletcher Jones Motorcars in Newport Beach.

Cost is $380 per person and $1,500 for a team of four. Sponsorships are also available. To purchase tickets, contact Karla VandenBerg at 866-452-4448 ext. 2 or email [email protected] Fairway to Heaven will have a 9 a.m. shotgun tee off. Pelican Hill Golf Club is located at 22800 S. Pelican Hill Road, Newport Coast.

Laguna Beach City Treasurer Laura Parisi has been appointed to the League of California Cities’ Revenue and Taxation Policy Committee. The committee has the lead responsibility for recommending to the League board of directors policy positions on state issues involving finance administration, taxation reform, revenue needs and revenue sources. The appointment was announced by League President Jan Arbuckle, a council member from Grass Valley.

As a committee member, Parisi will play a key role in shaping the League’s policy positions on issues facing California cities and advocating for cities at the state capitol.

Parisi said the committee plays a key role in in the protection of local revenue for the benefit of the city of Laguna Beach.

“I am proud to have Laura Parisi join the League’s Revenue and Taxation Policy Committee on behalf of her residents,” said League President Jan Arbuckle, council member, Grass Valley. “We will work together as a team, comprised of local front-line leaders from across the state, to ensure that the local perspective guides the outcome of state policy decisions.”

For more information on the League’s policy committees, visit www.cacities.org/polcomm. 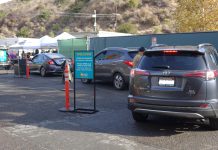 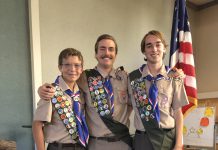